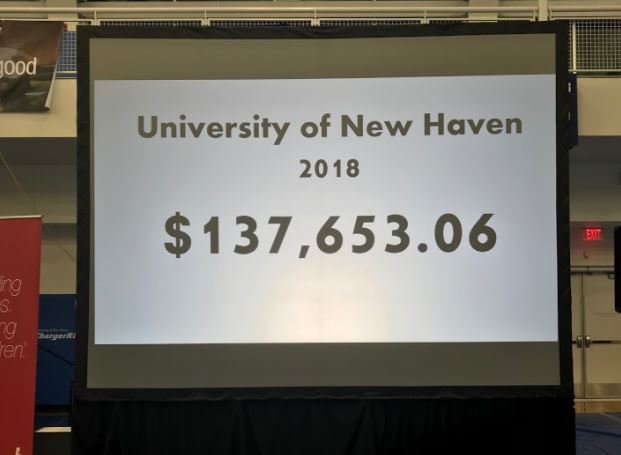 The University of New Haven’s annual Up ‘til Dawn event broke its goal of raising $130,000 with a grand total of $137,653 raised to combat childhood cancer. The theme of the night, according to Gabe Unger, one of the Masters of Ceremonies for the event, was Cruising Through the Decades, since it was the event’s tenth year on campus.

Unger, alongside Mary Kate Kelly, who is one of the other Masters of Ceremonies, hosted the 10th Annual St. Jude’s Up ‘til Dawn and helped the E-Board facilitate the event and all it encompasses.

Alexa Kava, the awareness director of St. Jude Up ‘til Dawn, explained that the planning for this year’s event started practically as soon as last year’s Up ‘til Dawn 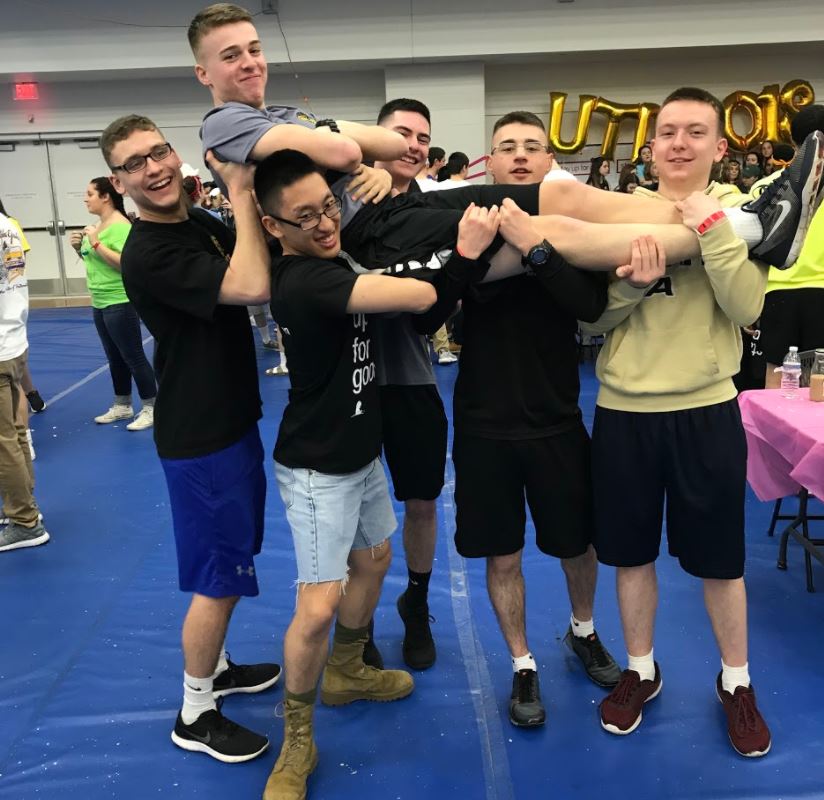 concluded. The planning phase  hits the ground running when the new E-Board is recognized. Moving towards campus presence with their national recruitment events in as early as September, the recognized student organization (RSO) develops and hosts multiple different programs throughout the semester in an effort to engage the student body. As the year progresses, finalizing the main components of the event become the RSO’s priority. One component that becomes finalized early on in the developmental process is the theme.

Regarding this year’s Cruisin’ Through the Decades theme, Kava went on to explain that they strive to “bring our theme to life as much as possible” in order to encourage fun and positive experiences within the participant demographic.

“We try to make the theme as interactive as possible,” said Kava. “It brings a better vibe to the event.”chargerbulletin

When asked about their roles, Kelly and Unger were quick to express their thoughts. Unger gushed as he went on to explain his passion for the foundation, which started in his youth. Unger would save lunch money throughout the year and donate his collection annually to St. Jude around this time of year. Now, in 2018, Unger has raised over $1,500 with the help of his family and support system who donated via Facebook.

Kelly went on to explain that her family has been faithfully donating to St. Jude’s for years. Reflecting on her experience with St. Jude Up ‘til Dawn, Kelly said it was “easily one of the best events that I’ve done at this university.”

“It’s incredible, and I’m so happy to be here,” said Kelly. “Every time I learn something else about the organization it just astounds me that they’re doing so much for the families that need it. I just want to help in any way shape or form I can.”

The event consisted of three main challenges for the participating teams.s. The first was a Game Show Challenge in which teams were split into groups and were engaged in adapted versions of classic game shows. In the second, a Movie Skit Challenge, the teams worked together to make up a skit to perform for the judges. The final challenge was Impatient-Outpatient, described by the emcees as a “pseudo-Simon Says”. Participants from multiple teams described the challenges as a great opportunity to bond with not only their own teammates, but also with other members of the U. New Haven community. 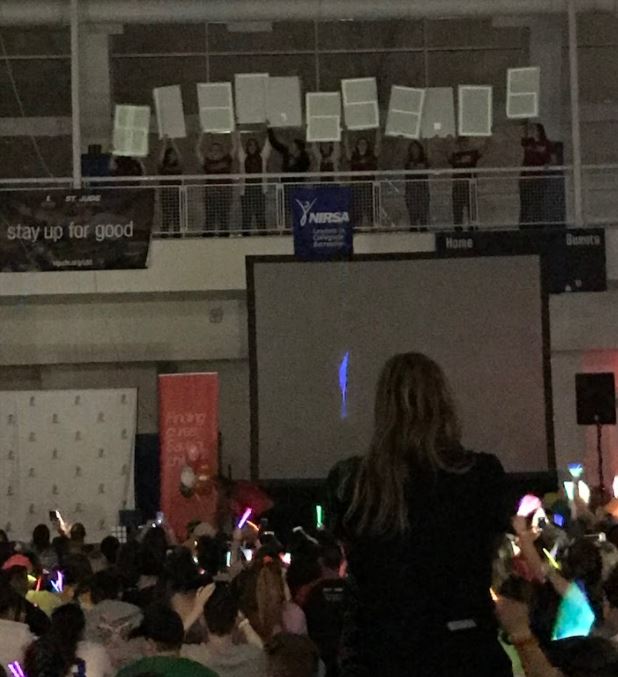 As the 10th Annual Up ‘til Dawn started winding down, glow sticks were passed out to the participants who were gathered to witness the closing ceremony. Awards were given out to this year’s winners in each category: Top Fundraiser was awarded to sophomore student, Jonathan Cimino, Top Fundraising organization was ROTC, and the Top Fundraising Greek organization was awarded to Sigma Alpha Epsilon, both organizations reclaiming the same titles as last year. The winners of Up ‘til Dawn 2018 were to Team Kappa Kappa Psi 1 in first place, Team ROTC Dad’s in second place, and Sigma Alpha Epsilon 4 in third.

As the lights in the auditorium were turned off for the reveal of the grand total, the room remained still illuminated by the hundreds of glow sticks. On the tenth

year of University of New Haven Up ‘Til Dawn, the crowd of over 300 participants erupted on the morning of Sunday, Feb. 25 as the St. Jude’s Up Til Dawn E-Board revealed the grand total of $137,653.06 raised to go towards St. Jude Children’s Research Hospital. Glow sticks were tossed in the air in celebration as the 10th annual St. Jude’s Up ‘til Dawn came to a close.