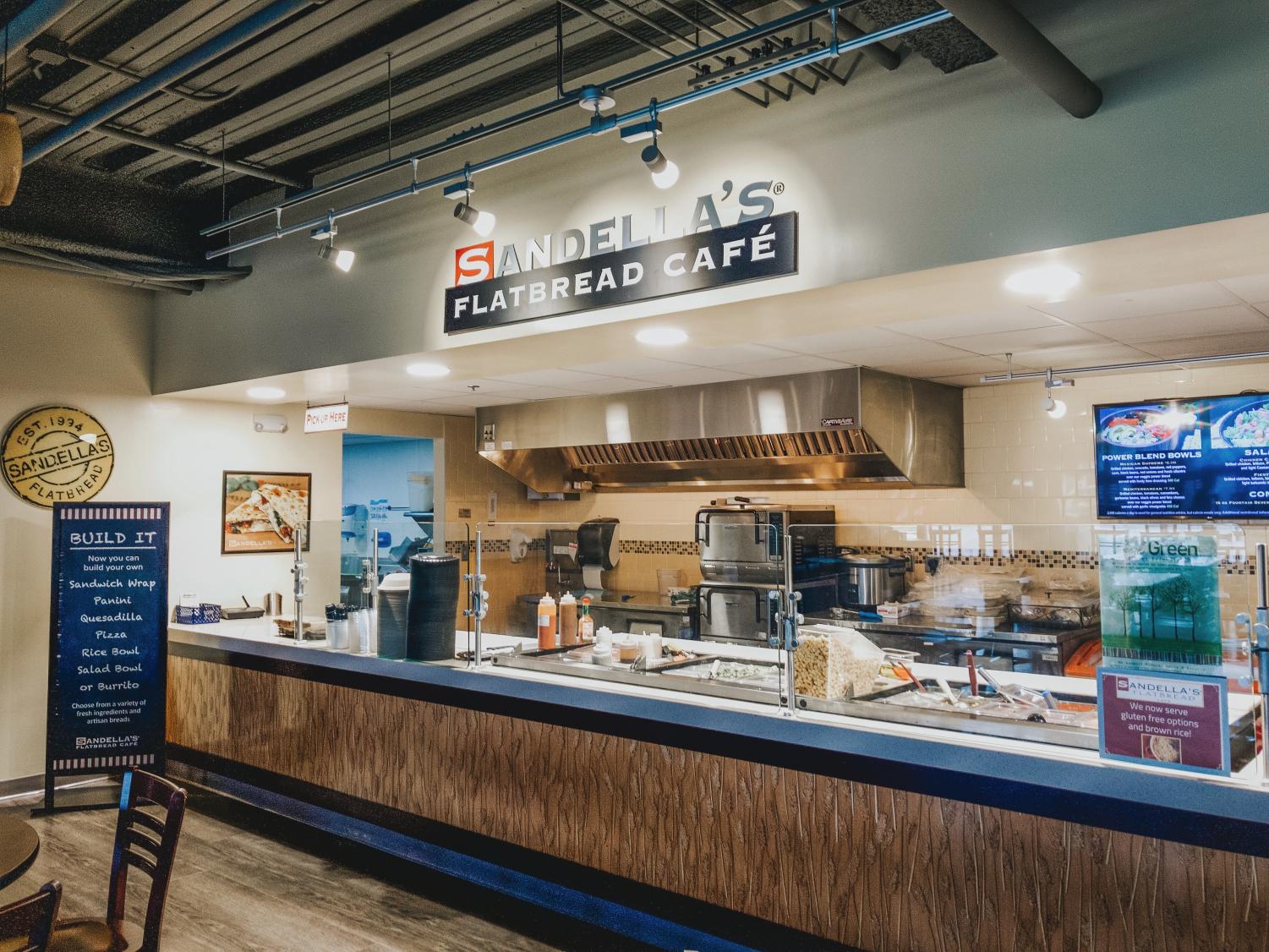 The way you eat at University of New Haven is prepped for multiple changes over the summer, including the potential removal of Sandella’s from the bottom of Bergami Hall. Other changes will include, better marketing for Energizer Café, incorporating an early morning option on the weekends, updating the FoD and Jazzman’s Café menus, and potentially changing the entry system in the Marketplace.

“As a general manager you’re always looking for innovation,” said Dominguez. “I have a busy summer coming up, just to look at everything.”

Dining services conducted a survey the week of April 15 to gauge student attitudes about a variety of dining options offered on campus. The survey focused on Sandella’s and WoW Café, both located in the bottom of Bergami Hall. The survey asked students how often they visited the locations, as well as what would influence them to visit and what they would most likely purchase if it was offered.

Dominguez said the survey was in response to recent low traffic rates at Sandella’s. Dining services monitors all dining location’s traffic on a daily basis, which they use to make decisions about any changes that need to be made.

Over 1,000 students participated in the survey, which was conducted on tablets in all major dining areas of the university. Students could also opt to take the survey on their phone via a QR code. Of the students who took the survey, over 900 were full time students and just under 800 live on campus.

In regard to options students would be likely to purchase, the top three options were deli food, grill items, and hot entrees.

“We were very happy with the results because there is nothing there that we don’t have,” said Dominguez.

However, neither Sandella’s or WoW Café were popular options, with the majority of students saying they either never or seldom went to either location. The numbers were lower for Sandella’s, which has prompted a new survey to determine the fate of the dining option.

Dominguez said that students who live on campus eat an average of 19 meals a week, and that changes should be made in order to offer something new because “concepts get tired and repetitive.”

The new survey asks students what they would like to see happen to Sandella’s. One option is to keep Sandella’s while the other three offer possible alternatives: Moe’s, Veggie Grill, or a diner concept. Veggie Grill is a national company that has partnered with Sodexo and offers all vegetarian options. The new survey is expected to close Tuesday or Wednesday, and Dominguez said they would like to have whatever may replace Sandella’s ready for the first day of classes next year.

While Dominguez says he does not necessarily like that students are focusing on closing Sandella’s, according to the traffic numbers, it is the least popular dining option for lunch and dinner..

“We’ve done only 100 of the [new] surveys and Sandella’s is losing,” said Dominguez. “It is probably a reality.”