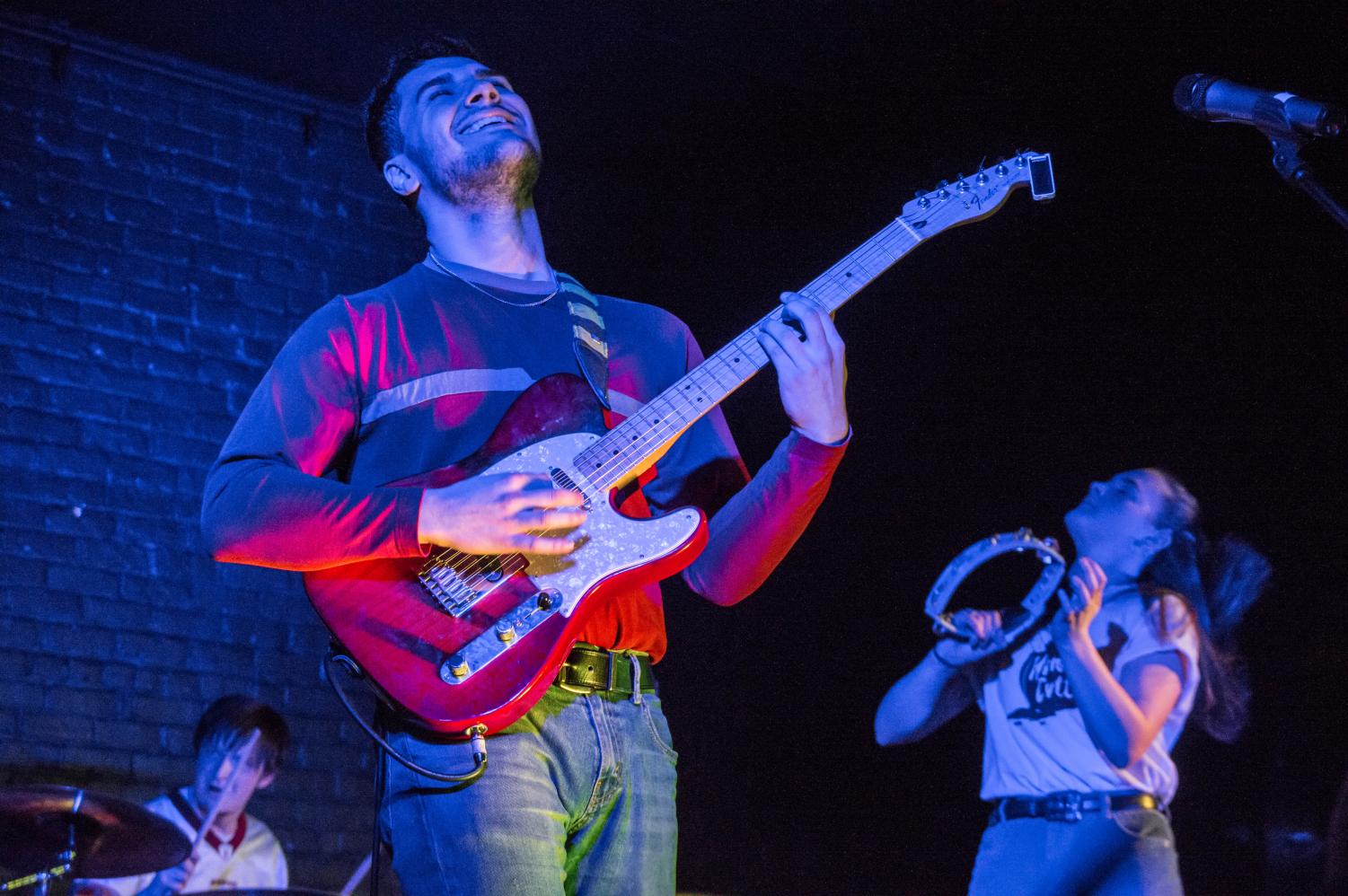 Mandala performs to the crowd. 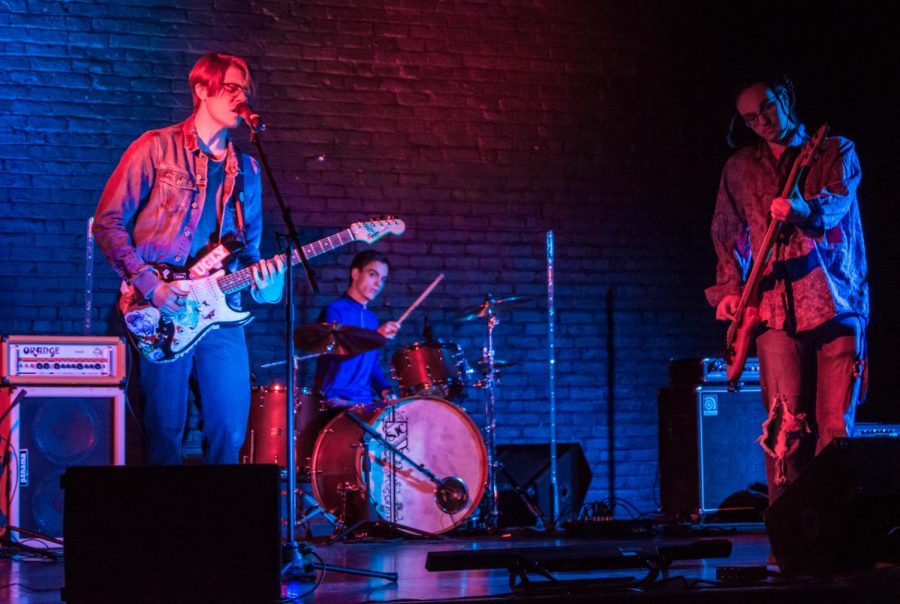 On Saturday, March 9, the Music Industry Club (MIC) held their Annual Benefit Show in the German Club, and gave students a chance to support a good cause through music while providing members of MIC with real-world experience.

The benefit raised money for A Voice For The Innocent, a non-profit that helps sexual assault victims. Initially, MIC members wanted to raise money to improve practice rooms on campus, but sexual assault allegations against a member of the original headliner, Tiny Moving Parts, caused them to change their cause.

Sierra McGinn, president of MIC, said the club found the allegations “unacceptable and did not want to bring anything like that on to campus.”

MIC removed Tiny Moving Parts from the line-up. Instead, they moved the original opening bands, The Fairview, and Mandala, to co-headliners and added two new openers: Witch Culture, and The River and Ben T.

Witch Culture opened the show, followed  by The River and Ben T, whose performance was interrupted by a member of the German Club, which was hosting an event downstairs.The member was trying to end the show early due to the noise. The River and Ben T said initially they did not know what was going on, but decided to blow it off with a joke and continue rapping.

“Shout out to Will Turner [who was running live sound], because that dude came up to me and said ‘Ok, two things’…I didn’t hear him after that, I was like, ‘Yeah I’m not gonna stop playing, I’m not gonna pause it,’ and then Will [Turner] grabbed him by the shoulder and said nah,” said Ben T.

The River and Ben T are both music and sound recording alumni, who have been putting out mixtapes together since 2015 and are on Soundcloud and Spotify.

“This is the first time that we’ve ever played a show at the German club, we’ve wanted to do it, we went here for so long,” said The River.

The headliners of the show, Mandala, followed by The Fairview, closed the night. Nolan McGovern, lead singer for The Fairview, gave a shout out to MIC for “acting so swiftly” in response to the sexual assault allegations against Tiny Moving Parts, and said that The Fairview was partnered with A Voice for the Innocent to bring light to sexual assault within the music industry.

While the performances are what held the audience, much goes on behind the scenes. Chris DiCorpo, a senior music and sound recording major and the vice president and head of sound and lighting for MIC, said he enjoys the real-world experience.

“We have a lot of nice equipment here that’s really industry standard, state-of-the-art and, thanks to the university, for letting us buy that kind of stuff,” said DiCorpo.

MIC recently purchased a new lighting rig, which DiCorpo said will enhance the club’s ability to have more complex shows and have shows in the outdoor quad later into the night. They are also looking to co-sponsor other events that may have an interest in using the lights.

Aside from the professional experience with equipment, MIC members have also enjoyed interacting with local bands. Sam Angulo, junior music industry major and head of promotion for MIC, takes care of and assists band members.

“It’s really very exciting. I really can go into the industry with all of this experience that I’ve gained and so I don’t have to walk in blind,” said Angulo.

Dasia Person, a junior music and sound recording major, said she’s made some connections through meeting local bands that will help her with her future career.

“I think the really fun part was not just putting on the show but getting to see what I’ve done basically,” said Person. “It’s visually pleasing and you feel like a sense of like ‘Oh my god.’”