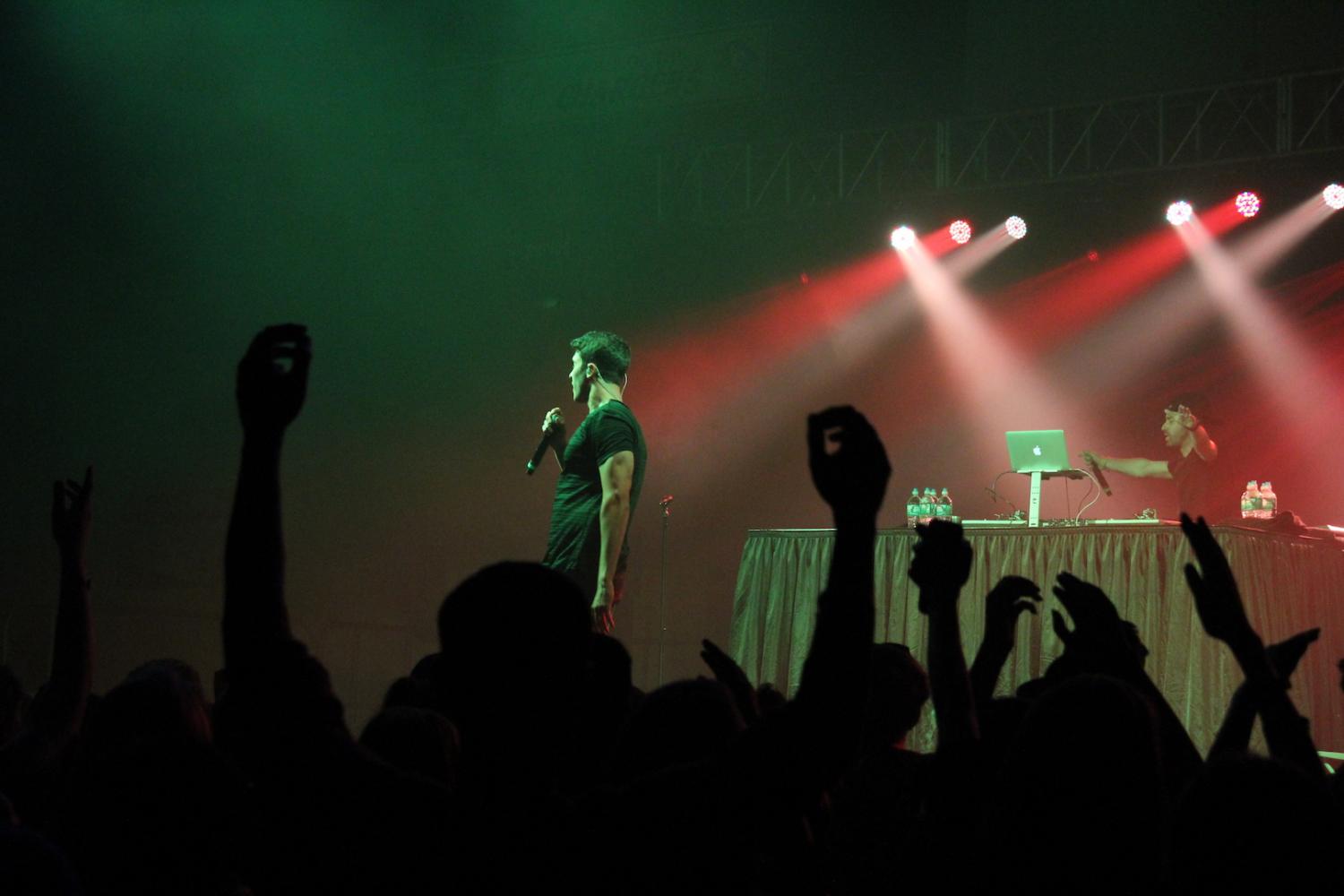 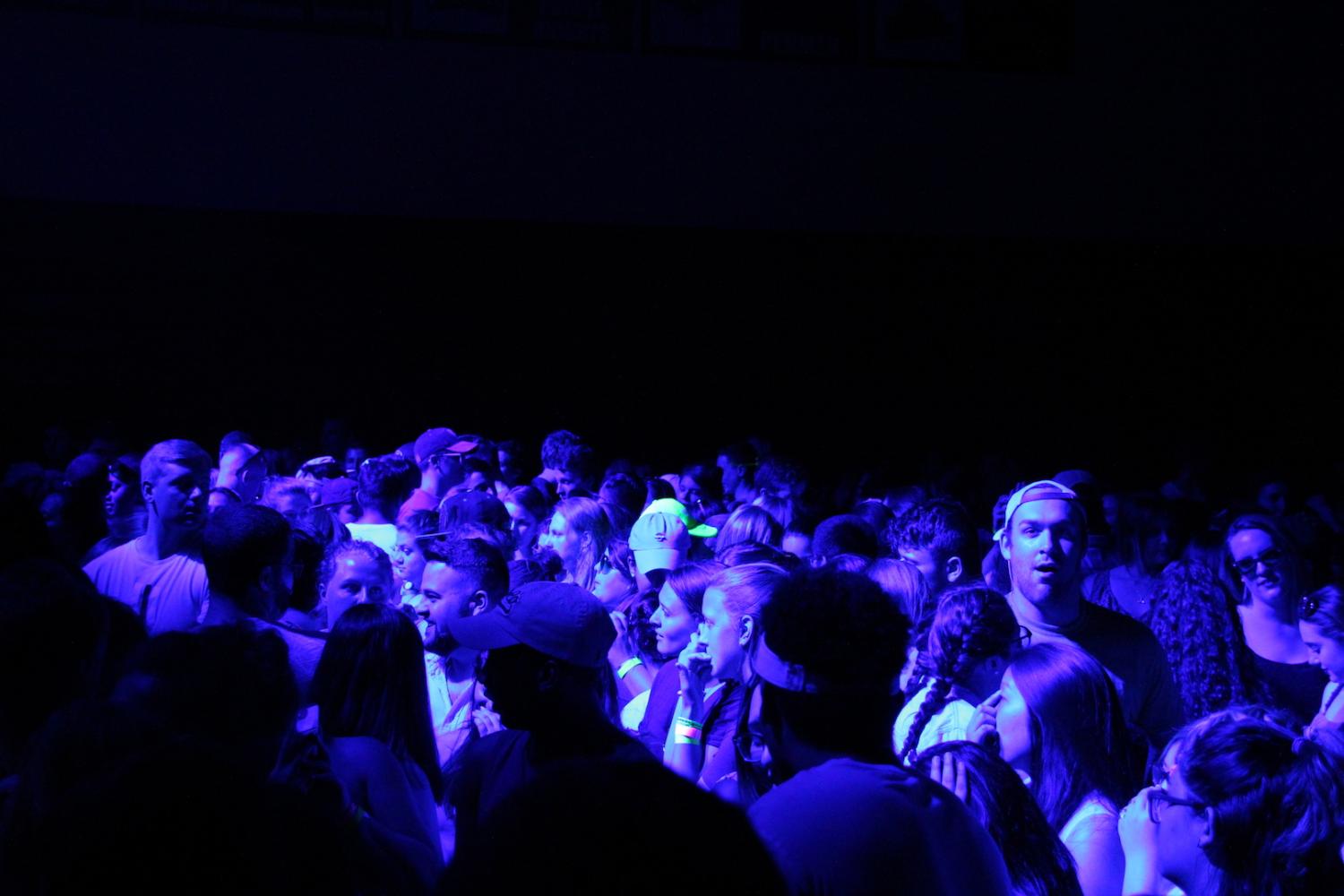 The height of Spring Weekend celebration happened on Saturday when, after the carnival, SCOPE and The University of New Haven welcomed two artists onstage: Kid Ink and Timeflies. The two artists were a well-rounded selection for a night that students won’t forget.

The show started with Kid Ink’s personal DJ, who played songs to hype up the crowd for Kid Ink including songs by Rae Sremmurd and Jay-Z. At the end of his set, he seamlessly transitioned into Kid Ink’s first song.

Kid Ink put on a lively show with tracks from his upcoming album 7 Series, which will be released on Friday, May 5. Performances included “F With U (feat. Ty Dolla $ign)” and “Lottery.”

“I loved ‘Promise’ because it was the first song I heard by Kid Ink and it’s what got me into his music,” said Francesca Feretich, a freshman at the University, “but I also loved ‘Delirious’ because the whole crowd was jumping and there was such an amazing atmosphere.”

Throughout the show, Kid Ink got up close and personal with the audience: he pointed out students that were exceptionally enthusiastic about his performance, jumped off stage to high five some fans, and even threw his shirt into the crowd.

“The concert was a lot of fun,” Feretich continued, “I almost didn’t go, but I’m really happy I did because I love Kid Ink! He gave a great performance with amazing songs, both old and new, and was very interactive with the crowd, which I loved!”

The performance was not just special for the students. Kid Ink posted on Instagram from his dressing room, tagging “University of New Haven” as his location, captioning the post

“I might not had been able to make it to college cus my grades were shit … but it still feels dope to know I come to these schools and help motivate the ones here with records that help get em thru mid terms and finals… ‘too all the teachers that said I’d never amount to nothing’.”

Timeflies took the stage shortly after Kid Ink and impressed the crowd with their mix of pop music and clever flows. The duo, consisting of Rob Resnick and Cal Shapiro, brought their signature performances to the show, ranging from their “Timeflies Tuesday” mashups to their first viral hit, a freestyle of “Under The Sea.”

One of the biggest hits with the crowd was a freestyle over the instrumental of “Panda.” Shapiro read from a list of items relating to the University of New Haven and incorporated them into a song. The crowd laughed as Shapiro poked fun at everything from the struggles of on-campus parking to “UNH” being trademarked by the University of New Hampshire.

Timeflies performed other fan favorites including “Once In A While” and their latest single “Gravity”, promising to release new music before closing with “I Choose U.” They also soaked the crowd with water and threw bottles into the audience.

“I didn’t know Timeflies that well going into the show,” said Joe Santello, a sophomore at the University of New Haven, “but they put on a really cool show. It was really fun and I could tell that they were really into performing their songs.”