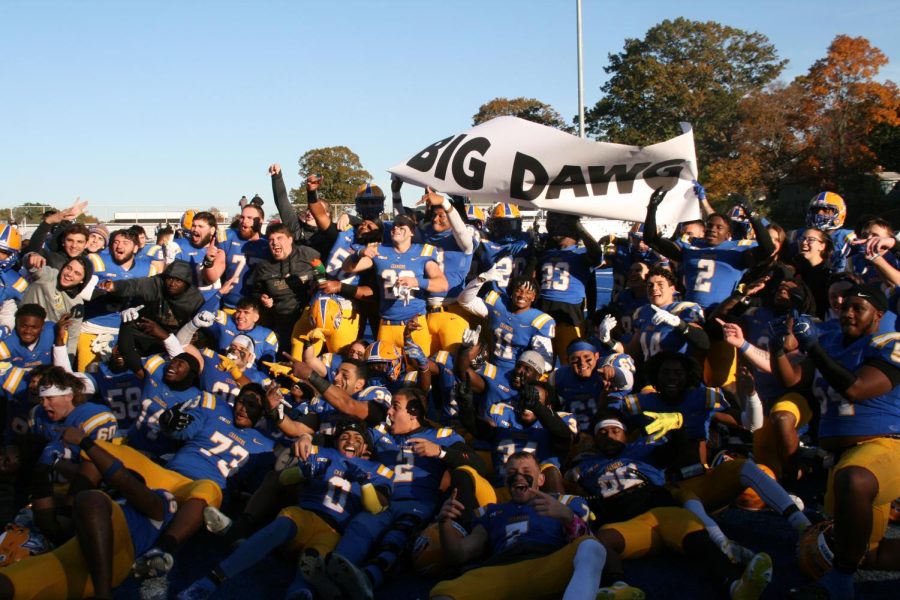 The Northeast-10 (NE-10) Conference released their awards for the 2021 football season on Wednesday, with New Haven leading all NE-10 teams at 12 total selections to the All-Conference teams, including six on the First Team.

Offensive lineman Mike Zecchin was named as the NE-10’s Offensive Lineman of the Year after leading the group to find their stride as the season went on. He is the first Chargers lineman to win the award since Zach Voytek in 2016.

Head coach Chris Pincince was also named the conference’s Coach of the Year, becoming the university’s first to win since Peter Rossomando in 2012. He led the Chargers to a 9-1 record, going undefeated (8-0) in the NE-10. New Haven’s only loss came in the second week of the season against then-No. 22 Bowie State University. The team has come a long way under Pincince’s guidance and remained undefeated for the rest of the season.