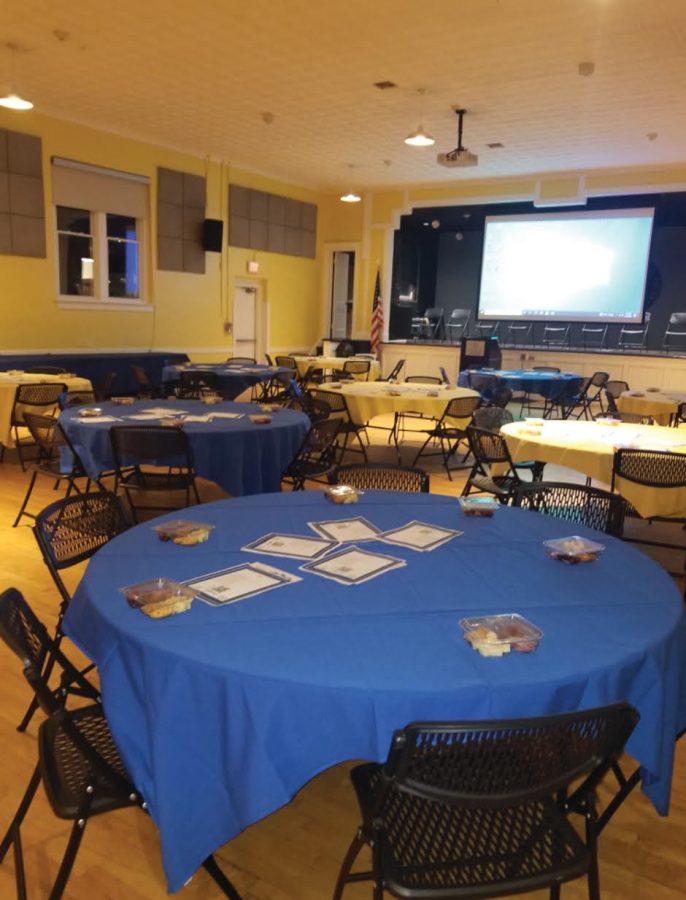 On Nov. 29, the Justice Advisors of Connecticut hosted a networking event to recognize the Youth Justice of America at the University of New Haven. Among those present included the university’s Juvenile Justice Club, criminal justice professor Danielle Cooper and her Exploring Delinquency course, and representatives from the Tow Youth Justice Institute.

Cooper collaborated with her students, the Juvenile Justice Club, and the justice advisors in order to compile the panel of guests for the event. The night consisted of rotating tabling during which students were granted the opportunity to talk to different professionals in attendance in a small-group setting. During each session, students were able to ask questions and open up discussion surrounding youth justice in the current system.

Cooper said she was seeking something of a “networking sandwich” for the night, where the conversation was facilitated and students not only gained knowledge and ideas from the professionals present, but also through developing relationships meeting one another.

Among those present was Destiny Tolliver, a pediatrician and associate involved in a health services fellowship at Yale University. She is currently working towards an improvement in juvenile justice treatment regarding the minimum age at which children can be arrested in the current system. Tolliver indicated that in many areas, young children are getting arrested, something that she and other professionals have indicated as being developmentally dangerous. Tolliver, alongside other individuals from a wide range of backgrounds, was given the opportunity to share their work with students seeking to integrate themselves into the criminal justice system, primarily in youth justice reform.

Victoria Vancuran, a senior criminal justice major, said that a lot of people don’t understand what the youth of America has been through and that there are many misconceptions about juvenile justice.

“What people see on the media; they might support it, or they might judge it,” Vancuran said. “I feel like there’s a lot of negative connotations towards the troubled youth. It’s important to recognize that they’re just as important and that we should be educated on it.”

Vancuran, can foresee herself impacting the youth justice community at the university by pursuing her studies in criminal justice. She said,“For any youth that is currently struggling in the system, I would definitely advise them to talk to a specialist if they feel that their mental health is taking a toll on them.”

Victoria believes in the importance of “discussing these types of issues with youths so that further action can be taken seriously.”

Given the opportunity to facilitate conversations on large-scale criminal justice issues, both students and guests alike used their voices to speak on heavy topics.

Sergeant Shayna Kendall, deputy commander of the New Haven Police Department, said that it is “not malice or intention” but rather “a lack of knowledge” that is the cause for a lack of inclusion and equality in the current system. She also said that a “lack of communication with people and groups impacted” by inequality is a reason that change has not been made.

For students seeking to get involved in current discussions and activities surrounding criminal justice system reform, resources can be found through the Tow Youth Justice Institute and the Juvenile Justice Club.