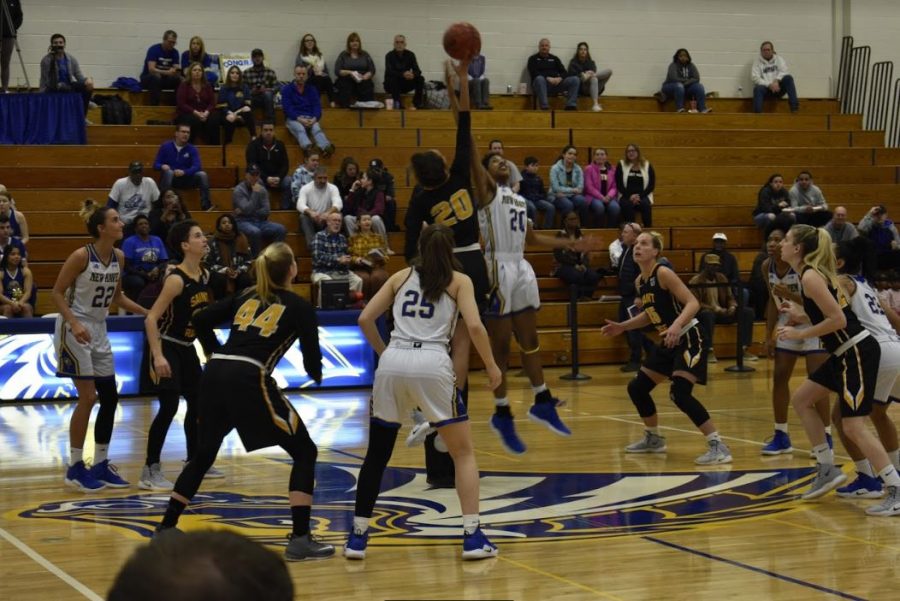 The Chargers struggled at the start of the game, going down 15-10 after the first quarter. This slow start was unconventional for New Haven, as they have come out strong in the first quarter for the majority of the season. New Haven would soon pull it together scoring 16 points in the second quarter to get out to a 26-23 lead at halftime. The Chargers ended the first half shooting 32 percent from the field while connecting on one three-pointer from freshman Camryn DeBose. DeBose finished the half with a team-leading seven points. Oge was also a big contributor, as she scored six points and pulled down six rebounds to keep the Chargers close.

The New Haven defense was a key factor in the win, and has been a constant advantage since the beginning of the season. The Chargers put on their strongest defensive quarter of the season in the third quarter allowing Saint Rose to score only two points in the quarter. The New Haven offense took advantage and controlled the tempo throughout the rest of the game. Oge was a force to be reckoned with as she continued her first half dominance by contributing another six points and five rebounds for her first double-double of the season.

DeBose also continued her hot hand contributing 10 points including two from behind the arc. Debose was also active on the defensive end, picking off three steals all coming in the second half. Kerr was not her usual self as she finished with eight points, but she was active on the boards and on defense contributing nine rebounds and three steals. The Chargers finished the second half shooting 43 percent from the field and 20 percent from behind the arc. The Chargers defense held the Golden Knights to 33 percent shooting in the second half and a total of 14 second-half points to secure the win.

The Chargers will look to keep the momentum going on Feb. 23 when they take on American International on the road. The Chargers will return to West Haven for their regular season finale on Feb. 26 when they face Le Moyne. New Haven will then wait to see if they qualify for the NE-10 Tournament.