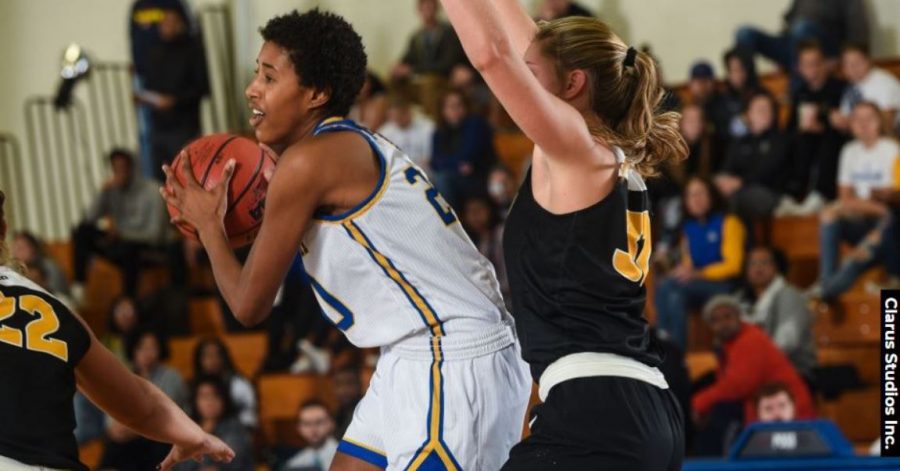 Women’s basketball secured their 16th win of the season Saturday, Feb. 23, defeating American International in a 55-52 nail biter. Senior Alexandria Kerr secured the win for the Chargers as she hit two free throws with 14 seconds left to give New Haven a three-point lead. The Yellow Jackets would have the final possession but came up short on a three-point attempt to end the game.

Rebounding was also a big factor, as New Haven out-rebounded American International 48-28. The Yellow Jackets came into the game averaging 39 rebounds per game as a team, which ranked them sixth in the NE-10 Conference. New Haven’s rebounding dominance came in the form of junior Micah Wormack, who pulled down 17 rebounds to go along with 14 points.

The Chargers turned 17 offensive rebounds into 20-second chance points, compared to the Yellow Jackets who turned eight offensive rebounds into six-second chance points. The Chargers showed their active hands on defense, causing nine steals and 11 turnovers. They also converted those on the offensive end, cashing in 14 points off turnovers. Freshman Camryn led the way on defense with four steals.

The Chargers will look to bring their dominant defense back to West Haven on Feb. 26 when they take on Le Moyne at Charger Gymnasium. The Chargers and Dolphins will be meeting for the second time this season, with the first meeting going to Le Moyne 66-56. Tip-off is set for 5:30 p.m.