Why you shouldn’t vaccinate your kids

In the wake of the current controversy surrounding vaccinating children, Kaitlin Mahar provides a satirical opinion to shed light on misleading information. 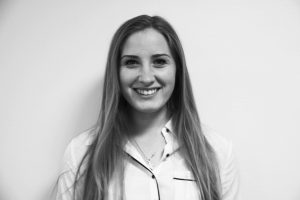 Vaccines do nothing but put today’s youth in danger, yet many fail to realize the true threat the immunization process poses. Here are just some of the life-threatening potential side effects of getting vaccinated, which will inevitably change the minds of the selfish and ignorant people who truly believe that vaccination is the way:

• Vaccines cause autism. This one’s pretty obvious. Even though the study proving that vaccines cause autism has been disproven, some kids with autism also have been vaccinated. Furthermore, noted scientist and intellectual Jenny McCarthy says autism is caused by vaccines, so it must be true.

• Kids deserve to make their own choices. I mean, that’s self-explanatory. Even if you won’t let your kids choose to substitute their vegetables for candy at dinner, they should still be allowed to choose whether or not they want to be immunized from a bunch of “deadly diseases” (more on that later). If they die in the process, eh, so be it. If it worked out in the Dark Ages, when kids lived until the age of two, then it will work out now. Plus, you can always just get another one.

• There is nothing to vaccinate against. You heard me. Nothing. Diseases like the measles and chicken pox were just invented by the government in an effort to keep us under their thumb and explain the “deaths,” AKA disappearances, of people who have been recruited in the government’s underground army of brainwashed assassins. Vaccinations don’t even protect us against anything – they’re actually just microchips that the government has inserted into our skin so it can keep track of our every thought and move.

It is pertinent that more people be made aware of these issues and urged not to vaccinate their children. Be sure to share this information with everyone you know, and the effort to take vaccinating off the table for good may just prosper. If we lose a couple of kids along the way, it’s alright – the government was going to get them anyway.