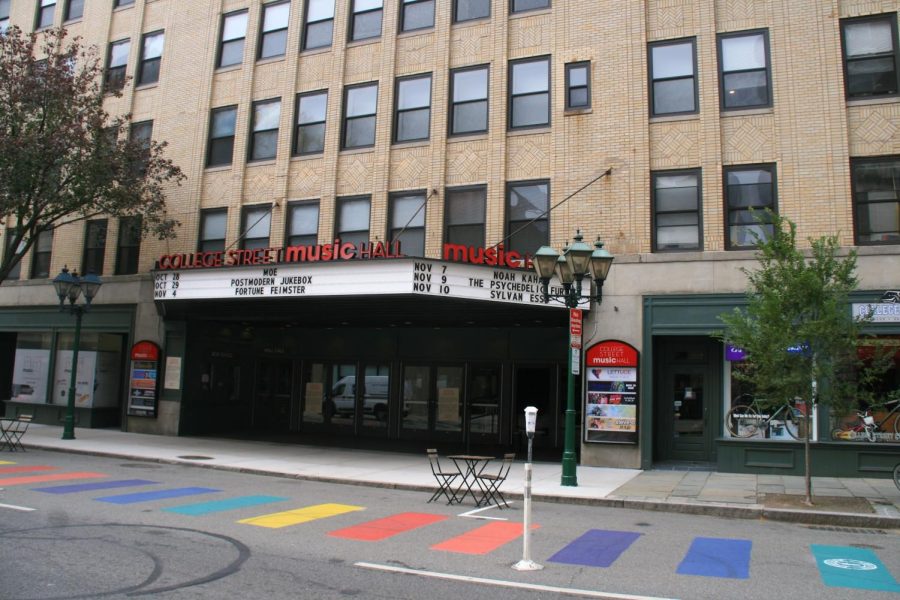 College Street Music Hall is a performance venue in the middle of downtown New Haven, this venue brings in a variety of artists, comedians and other forms of entertainment right to the heart of the city. Tickets are affordable with prices ranging from $25 to $45 for high-quality entertainment. Now is the perfect time for students to check out a lineup of upcoming performers.

The Psychedelic Furs is a 70s-era post-punk British band performing as part of their “Made of Rain” tour on Nov. 9. After going on a decade-long hiatus in the 90s, the band reunited in the early 2000s to continue making music. On Mar. 1 of this year, the band released the official video for “Made of Rain’s” fifth single “Wrong Train.” On Sept. 1, two weeks before the “Made Of Rain” tour kicked off, the band released a new single “Evergreen” from the “Made Of Rain” sessions. You may have already heard one of their songs “Pretty in Pink,” if you’ve seen the John Hughes film of the same name.

On Nov. 10, Sylvan Esso, an electronic pop duo, will perform at the venue with Lido Pimienta as part of their “Shaking out the Numb” tour. They released their second album “What Now” with Loma Vista Recordings in 2017, which was nominated for a Grammy for “Best Dance/Electronic Album”. “Free Love” was released Sept. 25, 2020, via Loma Vista Recordings to positive reviews. In November of last year, Sylvan Esso released their “Shaking Out the Numb” podcast, a six-episode series centered on the making of “Free Love.”

On Nov. 12, Lettuce, a funk band originating from Boston, Mass. will arrive as part of their “Bring Back The Love” tour. Lettuce has played with the Soul Rebels Brass Band on Jam Cruise 2013. Their 2015 album “Crush” reached number one on the U.S. Jazz Albums chart. Their latest album, ‘’Elevate,” was nominated at the Grammys for “Instrumental Album of the Year.”

To learn more about how to get tickets for these events, visit collegestreetmusichall.com. The next batch of shows will be released in the following edition.