What is the point of Yik Yak?

Over the last few months the mobile app Yik Yak has been gaining a lot of popularity. Because of this, a few weeks ago, I decided to download it and see what all the hype was. However, I have been left with the same confusion and misunderstanding I had beforehand, so I still ask—what exactly is the point of Yik Yak? 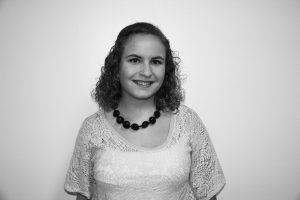 In the time that I have had it, all I have seen it used for is cyberbullying (because hiding behind anonymous technology makes those who do it so cool), complaining about something UNH related (class, roommates, professors, Bartels, etc.), reposting things from Tumblr/Twitter/Facebook or whatever other social media site (because we all lack originality these days), and people wanting to “cuddle” (with anonymous strangers, mind you).

I have had the app for about six or seven weeks now, and in that time only once was it remotely interesting or did it give me any information that I would not have otherwise had (whoever warned Sheffield of the fire drill—thank you).

With all the Yaks being so similar, why is it so popular? Why do so many people think that if they anonymously post about the “cute girl with the hat” that’s in line in front of them at FoD they will get something in return? This app is making our generation hide behind technology even more than we already were! We are given a false sense of confidence by being anonymous and that gives some people the feeling of safety to open up about feeling alone or depressed (which I am happy to see so many people refer them to the proper services on campus—gives me hope), but then others hide behind it as a reason to act like complete and utter jerks to each other by calling people out, and completely cyberbullying someone. By the time we are in college, we should know that it is unacceptable, inappropriate, rude and immature to do so.

Now Yik Yak is even in the news for people making bomb threats to their schools through the app. It’s like people have literally lost all of their sense! Just because the app says it is “anonymous” doesn’t mean that you cannot be tracked! Who comes up with these ideas and doesn’t foresee that in this day and age something terrible will occur?

The app has potential to be an aid for people looking for things to do on campus, or who want to join clubs or events happening. Instead, it is used to target and harass people, cause terror on some campuses where people think they can make threats, and be boring and repetitive.

So, even after reading about it, and talking to some students, I am still stuck in the same place as I was prior to downloading, and after downloading—can someone please tell me why Yik Yak is so popular?