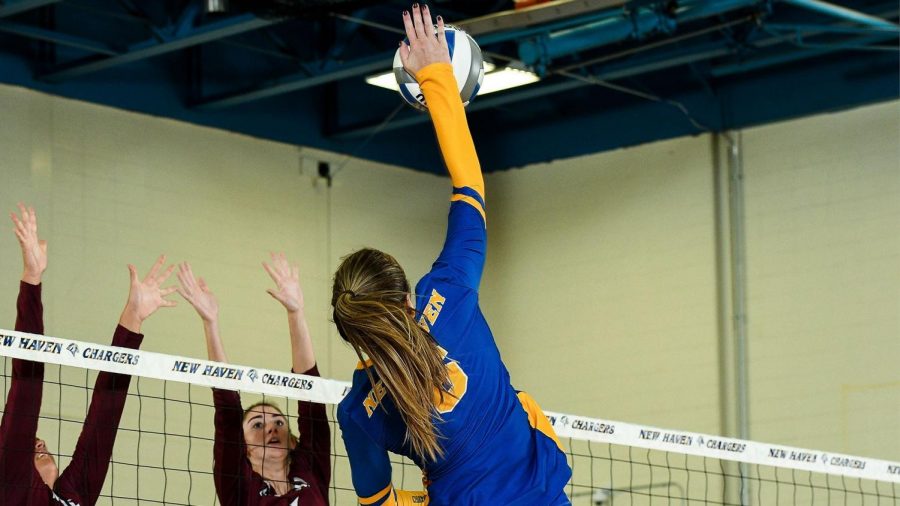 Led by 12 kills from junior Kali Greathead, University of New Haven volleyball took a 3-0 victory over Caldwell University on Oct. 3. This brings the Chargers to 7-5 for the season.

Joining New Haven in their offense were a pair of setters junior Angela Chan and freshman Sammie Paguia, who finished with 26 and 12 assists, respectively.

Freshman defense leader Julia Guarniere led the defense with 16 digs in the match, which was the team’s first match at home since Sept. 17.

The team has won seven of their last eight matches after opening the season 0-4. This win, was, said first-year head coach Christa Cooper, a huge regional win for the Chargers.