Volleyball proves too much for Molloy, wins in straight sets 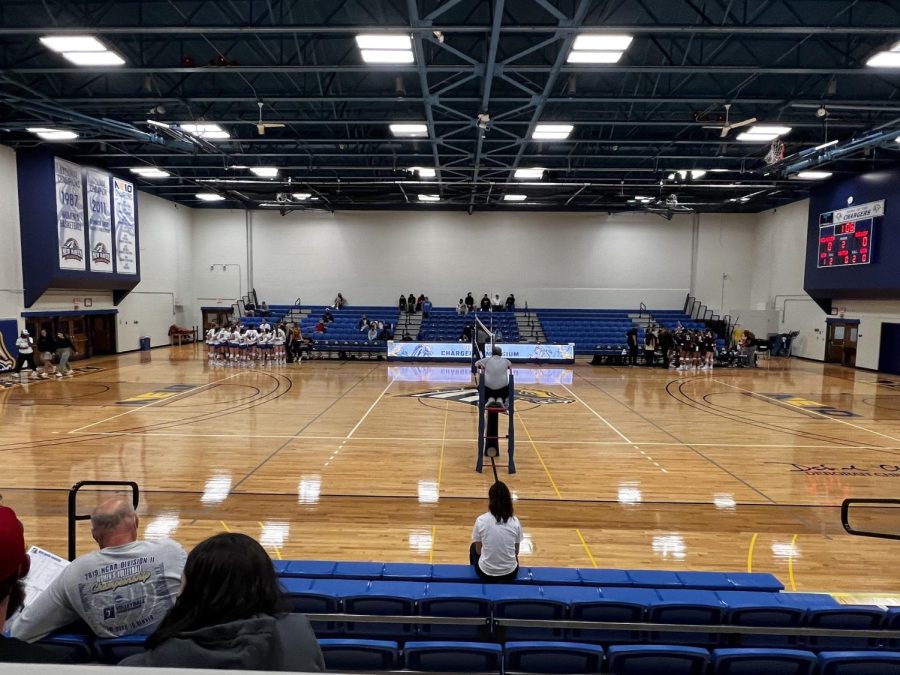 The New Haven women’s volleyball team continued their hot streak against out-of-conference Molloy College on Thursday night, winning in straight sets. This pushed the Chargers’ win streak to five, including their strong four-game homestand in the last two weeks.

In the first set, the Lions came out looking strong with three straight points, jumping out to an early lead. However, the Chargers did not stay quiet for long; they quickly responded with three points of their own, led by two service aces from sophomore libero Rilee Jessee. New Haven did not look back from there, as their offensive attack proved to be too much for the Molloy defense. Senior right-side Jessica Akiona led the way in this first set, posting five kills and guiding the Chargers to a 25-17 win.

With a 1-0 lead in the match, the Chargers did not slow down in the second set. After an Akiona ace and kill extended the New Haven lead to 19-12, Molloy found a rhythm to cut into the lead and pull within one. With the score at 20-19 in New Haven’s favor, the Chargers finished the set with five consecutive points off trading kills from junior outside hitter Emily Barry and sophomore middle blocker Emily Smith.

New Haven boasted a commanding 2-0 lead going into the third set, wasting little time in putting the pressure back on the Lions. The Chargers quickly opened a 7-3 lead with two kills from senior middle hitter Asiya Way. This would effectively end the match, as Molloy was unable to keep New Haven off the board. They went on to comfortably win the final set 25-18 and post a clean shutout of Molloy, sending the Lions home with a loss.

Standout performances from Akiona, Way and Barry led the Chargers to victory. Akiona continued showing her strong presence on the court, posting 14 kills and two aces after her career-high performance in their previous game against Bridgeport. Way added 10 kills, her career-high, while Barry contributed 12 kills of her own. Freshman Sophia Leon-Tabor, the Northeast-10 (NE-10)’s Rookie and Setter of the Week, added 35 assists and two service aces.

As a team, New Haven dominated in the box score. Their hitting percentage on the night was .337, their third-best mark on the season, and dwarfed Molloy’s at .125. The Chargers also posted just 12 errors compared to the Lions’ 14.

With the win, New Haven moves to 10-5 (2-0 NE-10) as of Saturday. The loss drops Molloy to 6-9 (1-2 in conference). Information and live stats on the Chargers’ upcoming schedule can be found at NewHavenChargers.com.