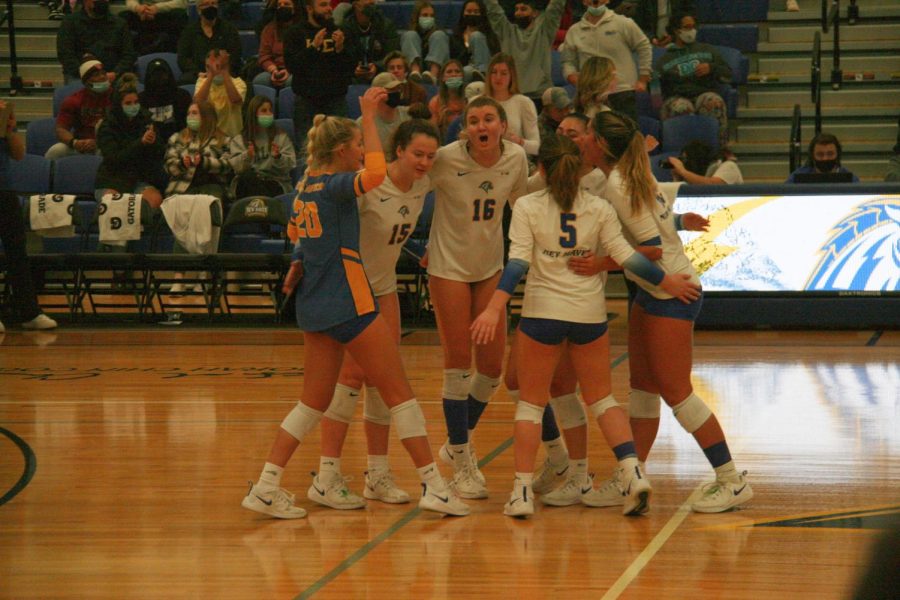 Senior right side Jessica Akiona earned First Team honors, ranking second on the team and fifth in the conference with 345 kills. The hard-hitting lefty has been the heart and soul of the Chargers this season, providing the team with highlight real spikes and consistent play all year.

Akiona was joined on the First Team by freshman outside hitter Macy Brown, who put together a dominant rookie campaign. She ranked third on the Chargers in kills while leading the team with 44 service aces. Brown was also the runner-up for Rookie of the Year, being one of just two first-year players named to the First Team.

Junior outside hitter Emily Barry was named to the Second Team after leading the Chargers with 371 kills, the highest on New Haven’s team and the third-most in the conference. Barry was arguably robbed of a First Team selection, as she added 25 service aces and 363 digs to her stat sheet, on par with fellow outside hitter, Bentley University’s Ellie Wheeler, who took home Rookie of the Year.

Freshman setter Sophia Leon-Tabor earned selections to both the Third Team and All-Rookie Team after an impressive first season. She ranked second in the conference with 10.20 assists per set while totaling 1,109 over the entire season, 11th in the entire nation. Leon-Tabor was an integral part to the Chargers’ offensive success, constantly being at the center of each attack.

After beating Southern New Hampshire University in the quarterfinals, New Haven looks to keep their season alive tonight against third-seeded Stonehill semifinals. The two teams last met on Nov. 15, with New Haven winning a close 3-2 match. Stonehill was also ranked second in the latest regional poll, meaning a win could have significant implications for the NCAA playoffs.

The match is slated to begin at 7:30 p.m. at American International’s Henry A. Butova Gymnasium following the conclusion of the other semifinal match. More information on the match can be found at NewHavenChargers.com.