University sports are back with release of spring sports schedules 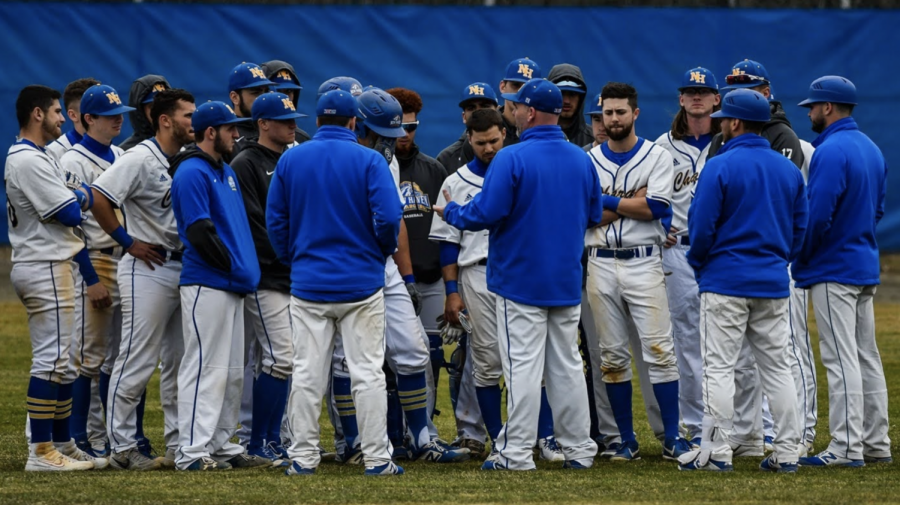 The Northeast-10 (NE-10) announced the release of their 2021 spring sports schedules, laying out the framework for the impending season. The conference posted the schedules throughout the week of Feb. 23, starting with baseball and ending with tennis.

The decision to post the schedules comes following a conference-wide commitment to playing sports in some capacity this spring. The NE-10’s Council of Presidents held a virtual meeting on Feb. 15 to have a final choice on the fate of the season.

There was concern among the conference following an outbreak at Franklin Pierce University that put the school under a temporary shelter-in-place order. However, nearly one year after spring sports were shut down, the NE-10 is looking towards a 2021 season.

“I’m grateful for the many individuals in the Conference who have worked cooperatively to chart a safe and responsible pathway forward for the spring sports to begin competition,” said NE-10 Commissioner Julier Ruppert.

The University of New Haven has five sports that will be competing this spring: baseball, lacrosse, softball, track and field and women’s tennis. New Haven will be part of the conference’s Southwest Division, which is made up of seven teams including Adelphi, American International, Le Moyne, Pace, Saint Rose and Southern Connecticut.

Softball will be the first New Haven team to play since the shutdown last March. The team announced a 38-game regular season that is slated to begin on Mar. 13 when they host Stonehill College. Their schedule is primarily composed of games against other NE-10 teams, with a lone doubleheader against Molloy College of the East Coast Conference.

Lacrosse is also scheduled to play on Mar. 13, opening their 13-game season against American International College. The Chargers enter the season ranked 15th in the country by the Intercollegiate Women’s Lacrosse Coaches Association (IWLCA).

The baseball team is set to play a 31-game schedule which opens on Mar. 19 with a home matchup against Pace University. This starts a seven-game homestand for the Chargers as they begin their season.

Tennis, the final team to have their schedule released by the NE-10, opens their schedule with an out-of-conference game against Saint Thomas Aquinas College on Mar. 13. After that, the Chargers have 10 conference matches.

The only team to not have an official schedule released was track and field. However, they are expected to begin meets sometime in March, junior pre-medical biology major and track athlete Erick McDermott said.

Details on playoff structure and dates for each sport are still in development and will be released by the NE-10 at a later date.

No official announcement on spectator limitations has been announced. However, Conn. Gov. Ned Lamont lifted fan restrictions on Feb. 18 for youth sports in the state, allowing 25% capacity and/or 200 fans. With or without fans, Charger sports will take the field again, 369 days since the university’s last athletic competition.