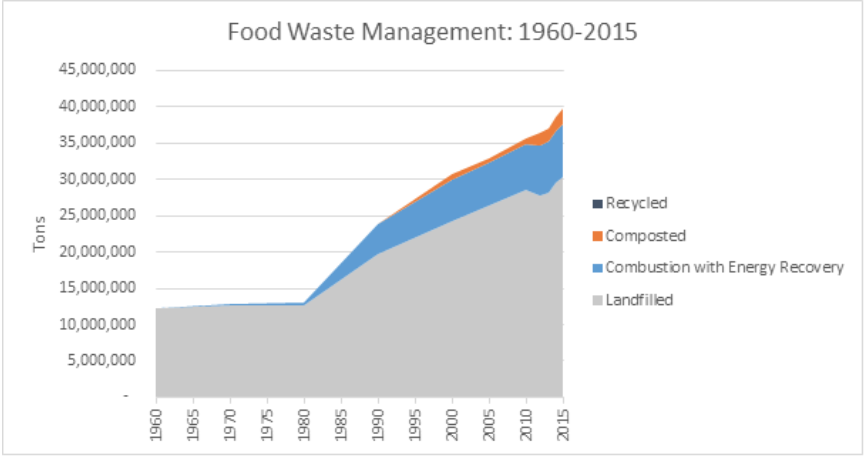 Over 130 billion pounds of food are discarded every year in the United States. According to the Food Recovery Network, an organization created by students from the University of Maryland that fights to reduce food waste on college campuses, 22 million pounds come from colleges alone.

The University of New Haven has two dining halls and six retail locations. So what happens to their leftover food?

The EPA, in conjunction with the U.S. Department of Agriculture, wants to reduce food loss within the next 15 years.

“EPA announced the first ever domestic goal to reduce food loss and waste by half by the year 2030,” according to the  EPA’s Website. “By taking action on the U.S. 2030 Food Loss and Waste Reduction goal (2030 FLW reduction goal) the United States can help feed the hungry, save money for families and businesses and protect the environment.”

Ariel Williams, a junior interior design student, said that instead of disposing of the leftover food, the university should donate it to the less fortunate.

“The leftover food from our dining halls should be delivered every night to a local shelter or church that feeds the needy,” said Williams. “I’m sure that there are some people in our community who are homeless and they would love to have the food that we have.”

According to the Huffington Post there are several ways college administrations and students can reduce the amount of food disposed.

“This includes: going tray-less; adding signage in dining halls, cafés and residence halls about the hidden social and environmental costs of food waste,” said the Huffington Post. “Changing events from lunch boxes to help-yourself food service; redesigning food presentation and positioning in dining halls, and holding educational seminars and events on cooking with leftover or how to shop smart.”

“We are always looking for ways to repurpose any overage that occurs,” said the University of New Haven’s general manager of food services, Gordon Hayes. “We are currently exploring in conjunction with CSELO, and a local food recovery network, Haven’s Harvest, to see how any waste can be used in the local community. However, we do feel that working to limit potential waste is the first focus.”

Yulissa Barroso, a senior accounting major, said that it is not necessary for the university to throw away food when there are people around the world starving and suffering.

“I believe students should volunteer to take leftover food over to nearby homeless shelters,” said Barroso. “I’m pretty sure there are some students who have free time and wouldn’t mind doing a good deed. Another idea could also be just giving it out to students. Sometimes students or even teachers are in a rush and don’t have time to grab a snack or quick lunch.”

According to Hayes, the university’s food systems are set up to help lessen possible food waste.

“We use a 5-week menu cycle with a focus on local favorites, local produce and fruit to meet the variety and tastes of our campus population,” said Hayes. “We are getting better and better, wasting less and less, every year.”

La’Shelle Bryan, a junior criminal justice major, said that spreading awareness is a step to prevention.

“I think the school should monitor the amount of food it wastes. It should use its resources to try to influence students not to waste the food,” said Bryan. “At Food on Demand, if I could get more details on what I am getting before I get it, then it would be less likely for me to throw away the food.”

Hayes said the dining services is connecting with student organizations to help improve the quality of life on campus.

“We are working to support various campus groups; USGA food committee, CSELO and the Campus Wellness Committee as well as others to find student-sponsored programs to further the work on sustainability, healthy eating, nutrition, exercise and overall campus wellness for everyone.”

Students or other campus members can reach out with their comments or suggestions regarding University Dining at [email protected], and @unewhavendining on Instagram and Twitter.