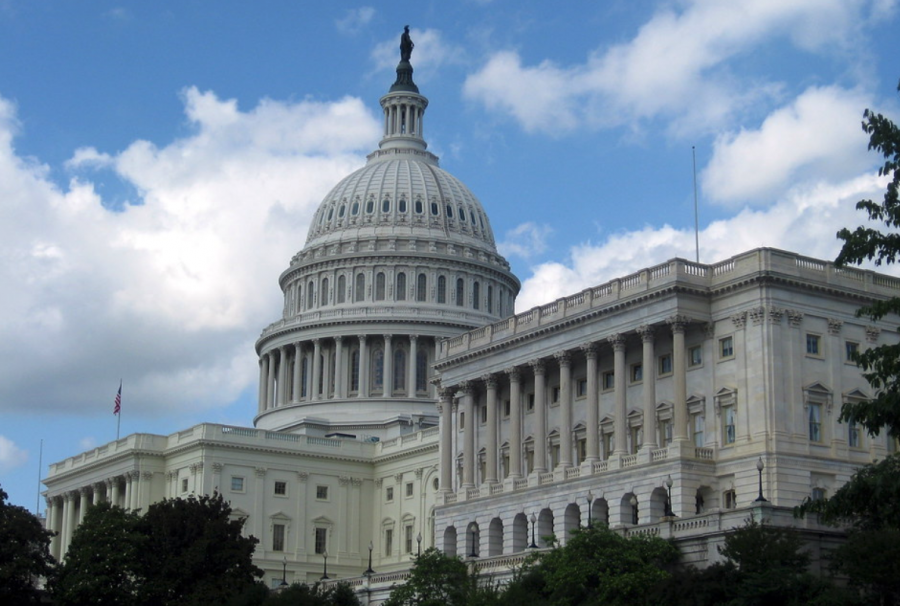 As government officials and staff members sheltered themselves from the violence on Jan. 6, smoke-filled air, broken glass, pro-Trump signs and rioters filled the streets and interior of Washington D.C.’s Capitol building. From social media posts, it appears that at least one of the people in the mob was a University of New Haven student.

In a Jan. 6 tweet, one University of New Haven student uploaded Snapchat photos from another UNH student with the caption, “hey UNH people this guy is a UNH kid and he’s in DC rn and posted a pic of him at a gun shop last night.”

The screenshots included his Snapchat location, a photo of the interior of a gun store and two photos outside the Capitol. The post gained much attention with over 300 retweets and 500 likes. (The student did not respond to requests for comment.)

The person who appeared to be in Washington during the riot replied to the post, saying, “Let me just make myself clear for all of you, 1) I posted a picture inside a gun store which is not bad, 2) pepper spray is legal for self defense.. Especially if you are going to an event like this. You never know what could happen, better be safe than sorry. 3)i have the right.”

He also said that he did not commit a crime. However, in another reply, he said that he understands the concern from his post and “it was not fully thought out on my end.”

Some students emailed university staff and faculty about the event and created other social media posts, some related to the original and others directed towards university personnel.

“Today, I have watched in horror at what has taken place in our nation’s capital,” Kaplan said. “Unlawful actions inciting violence are despicable and deplorable and truly are the antithesis of the ideals we stand for in our democracy.”

Kaplan also commented on the student’s potential involvement. “Please know that social media posts related to today’s events that have been reported to me and other members of the University community are of serious concern and are being investigated by the Dean of Students Office and law enforcement.”

On Jan. 9, Ophelie Rowe-Allen, dean of students, also emailed the campus. She said there is an investigation about potential student involvement and whether that is a violation of the Student Code of Conduct. She also said that the Dean of Students Office is developing ways to unite the Charger community.

“I understand and support students’ freedom of expression and recognize that we are responsible for protecting our academic community’s values and ideals,” Rowe-Allen said. “Students must take an active role in sustaining a campus climate within our educational and social communities based on respect and inclusion, and in cultivating an environment in which people from diverse backgrounds feel valued, accepted, and appreciated.”

On Jan. 11, vice president for diversity and inclusion and chief diversity officer, Lorenzo Boyd, also sent an email encouraging students to learn from the situation, while promoting a safe and inclusive environment.

“We cannot ignore these events and simply move on,” Boyd said. “We must learn from them; we must also be resolute in building unity in Charger Nation.”

Later that day, Undergraduate Student Government Association (USGA) president, Sofia Martinez, emailed the campus community promoting the virtual program, “The Receipts: No One is Left on Read/Unread” in collaboration with the Dean of Students Office, which will be held on Tuesday at 5 p.m. Hosts hope to answer all questions that are asked.

Martinez said, “Our goal is to provide a forum to have not just a conversation but the promise to develop actionable and measurable steps that will enable us to continue to strengthen our University community, promote inclusion and civil dialogue, and cultivate an environment in which each member feels respected, accepted, and welcomed.”

Martinez also said that, upon her election, she made a promise to promote diversity and inclusion through the USGA. In her email, she reminded students that the USGA is “here to serve you.”

“The Receipts” will be held on Zoom. Students can join the event with this link and use the password “995077.” Those who cannot make it can ask anonymous questions on @humans_of_usga’s Instagram story.