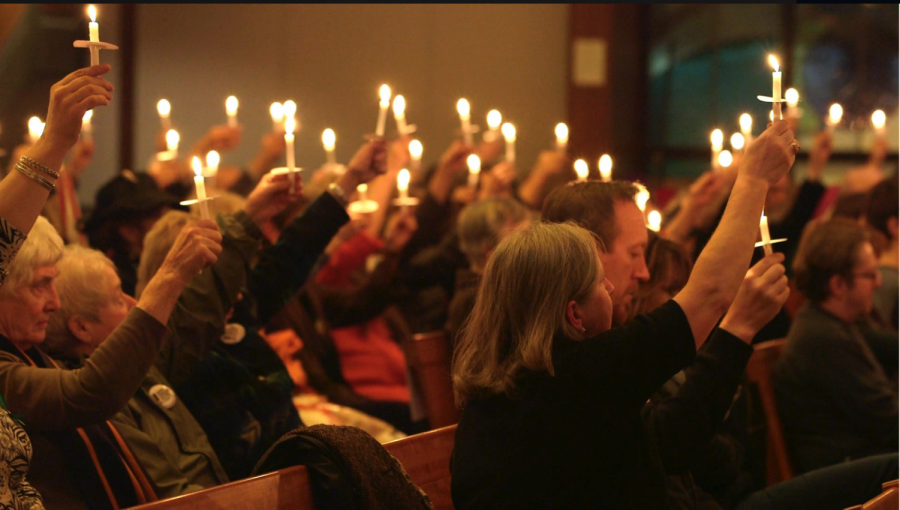 Courtesy of Everytown For Gun Safety

“I actually went to Thousand Oaks this past summer with my family for a day trip to the mall, outlets, and movie theater and I absolutely love the area,” said senior communications major, Jeremy Bellman who grew up an hour away from where the shooting took place. “It’s gorgeous, rich, and I thought very safe, until this happened.”

Bellman said that one of his colleague’s sisters was planning to go to the bar that night, but decided against it at the last minute.

“It just makes me realize that every decision you make, even the smallest one, can actually make the biggest and even crucial impact on your life,” he said.

Although it has not been confirmed, there has been speculation that Long suffered from post-traumatic stress disorder (PTSD) and had a history of mental illness. Police were first informed of possible mental instability in April when they were called to the house where Long lived with his mother.

While California law prohibits individuals with a history of mental health issues from purchasing and owning firearms, the statute was never triggered in Long’s case because he was never hospitalized or deemed by a court to be mentally ill.

According to university criminal justice professor Ken Gray, the frequency of mass shootings has increased, with 12 so far in 2018, compared to an average of two per year from 2000-2009.

“There does seem to be a little bit of a rise here, but we’re talking about small numbers,” said Gray. “So often in the aftermath of an event like this, we ask ‘Why did this happen?’. You have to be careful about a rush to judgement. There’s an ongoing investigation. Maybe that ongoing investigation will tell us why, maybe it won’t.”

Bellman said he is  devastated about the shooting, but that  he feels mass shootings happen so often people are becoming accustomed to them.

“We keep saying something needs to be done and yet it keeps happening,” he said. “It upsets and frustrates me a lot. We have a huge issue on our hands that we need to address not as soon as possible, but now.”

“Mass shootings are just like regular shootings except you have more victims, and so you’re really talking about dealing with any type of gun violence in general,” said Gray. “That has been an ongoing issue and will remain an ongoing issue as long as the United States is awash with guns like it is now.”