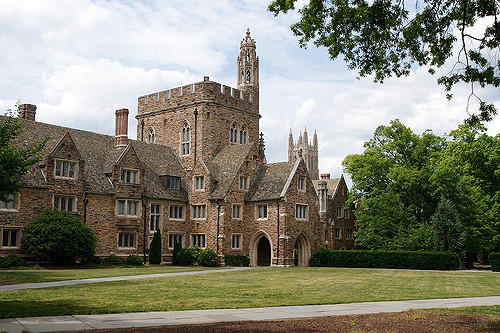 A professor at Duke University asked international students to refrain from speaking their native language on campus after receiving complaints from faculty members.

Megan Neely, director of graduate studies in biostatistics at Duke, emailed her students after being approached by two colleagues who asked for the names of the students who, the professors said, were speaking Chinese “very loudly.” The professors said they wanted to take down the names in case they ever interviewed for an internship.

The incident has drawn sharp rebuke from the University of New Haven community. Ethan Duan, a member of the University of New Haven’s Chinese Students and Scholar Association, said that while he understands professors recommend students based on their extracurricular involvements, the professors’ judgement in this case was based on their personal discrimination and prejudices.

“I would challenge the ethical standards of those professors who demanded to know the name of the students who speak in other languages,” said Duan. “I believe that it is unethical to intentionally deny one’s opportunity to be recommended for internships or jobs based on what language he or she speaks or how he or she behaves in their leisure time.”

In the email, Neely said that, although she respects the students for immigrating to the U.S. and learning a new language, they should keep in mind the consequences of speaking Chinese around non-speakers.

“I encourage you to commit to using English 100 percent of the time when you are in Hock or any other professional setting,” said Neely.

Juan Hernandez, director of the Myatt Center for Diversity and Inclusion, said the incident concerned him and students should not refrain from speaking foreign languages around people who don’t speak their language.

“There are cases where we should avoid speaking our native language, i.e. language classes, but all members of a university community should feel that their culture is accepted and celebrated,” said Hernandez.

Duan said that he while he appreciates Neely’s courtesy to remind the students to be careful, she should have handled the situation differently.

“There are multiple ways not to single out a particular student population when delivering the same message,” said Duan. “At the same time, she should have investigated more about the incident before she made the decision to send out email like that. I honestly think it is beneficial for this incident to be brought to the public eyes instead of continuing the discriminatory practice.”

Duke University officials apologized for Neely’s email and she has since stepped down from her position as director.

While Hernandez said he believes “this could happen on any college campus,” he also said the University of New Haven appreciates student diversity.

“Our faculty and staff are working every day to ensure that all of our students feel like they belong at the University of New Haven and will continue to do that work,” said Hernandez.