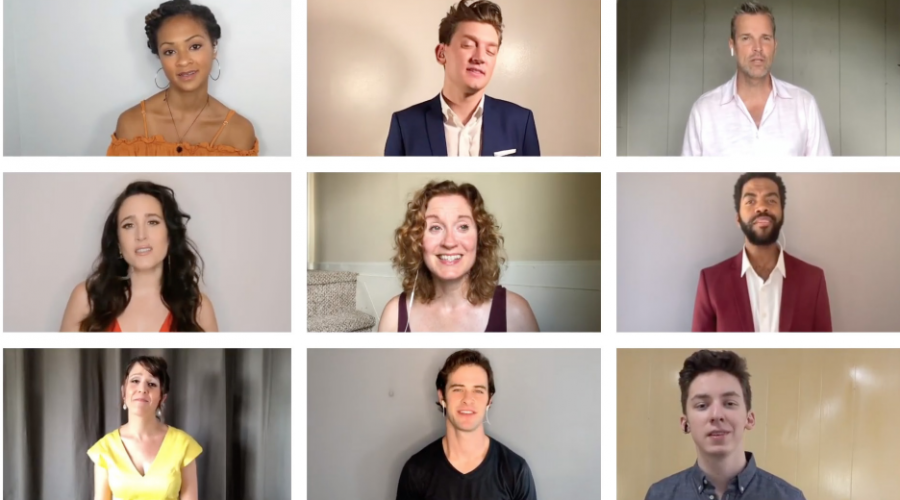 The night of Oct. 3 was filled with music, heartwarming stories, and fun as students, staff and alumni celebrated the virtual Centennial Ball. The event included a cocktail hour to socialize with university community members, student showcases, performances from Broadway stars and more.

The show was aired through an online portal for viewers that bought tickets. From 6 to 7 p.m., viewers were able to attend a virtual cocktail hour where they could enter different rooms and talk with members of the community. There were tables for alumni, clubs, sports teams and more.

Charger community members shared their experiences with The Charger Bulletin.

“Being a part of the university has been very fulfilling in a lot of ways,” Ted Hotaling, men’s basketball head coach, said, “Obviously, I think there’s so much growth for it to happen and it’s exciting to be a part of it.”

Derrick Rowland, senior, M.B.A., and member of the basketball team, said about being a part of the centennial, “I’m just appreciating it, being able to be a part of history, and just enjoying it, even though the times we’re in are just not good times.”

Alumni Association member Reece Gleadle said, “If you look back at how far the school has come, we are huge and doing awesome things, so the future stays bright. It’s a good time to be a charger.”

At 7 p.m., the show began with six-time Tony award-winning host, Audra McDonald. She welcomed everyone to the event. McDonald said, “as Broadway performers, we know a bit about perseverance, dedication, and hard work — all the traits reflected by this incredible student body.”

Then began a toast to the university, which led into a video of how to make a 20s-style old fashioned cocktail. Students and faculty were then featured, congratulating the university and being happy to be a charger.

The performances then began, with “For Once in My Life” performed by “Hamilton’s” Julius Thomas III, and soloist for the Glenn Miller Orchestra, Mark Kopitzke.

After the performances, Adriana Trigiani, university alum and best-selling author, congratulated the university and reflected on her experiences.

“And what an incredible student body you have,” said Trigiani. “Students from all over the world from all walks of life come together to get this incredibly great education.”

Trigiani introduced junior, fast-track business major Hannah Providence, who shared stories of growing up and how university and personal experiences allowed herself to graduate in just five semesters.

“The greatest thing I ever did for myself was ask for help,” said Providence.

“I lean on the faculty and staff at the University of New Haven to support and guide me on the direction of success,” said Providence.

Trigiani then appeared again for an interview with university president, Steven Kaplan. They discussed improvements over the years at the university, education fundamentals, the future of the school and inspiring stories.

Providence appeared again to talk about the university’s newest building, the Bergami Center for Science, Innovation, and Technology. She said, “This building symbolizes the capability of our students’ dreams and innovations and it marks the first chapter of our next 100 years.”

More students congratulated the university for its 100 years and transitioned into the next event, which was a performance from the U New Haven dance team. It started out with The Charleston, a popular dance from the 1920s, which led into a more modern style of dancing – and Charlie the Charger was there, too.

The rest of the night included more Broadway performances and a feature about the marching band.

McDonald appeared once more for her performance of “You’ve Got to be Carefully Taught” by Rodgers and Hammerstein and “Children Will Listen” by Stephen Sondheim.

Then, most of the performers came together for the final song, “Seasons of Love” from the Broadway musical “Rent.”

McDonald then closed the night, thanking everyone that made it happen. “I have only one more thing to say before I leave you tonight – go chargers!”

The Centennial Ball is available to re-watch via the online portal for ticket holders.