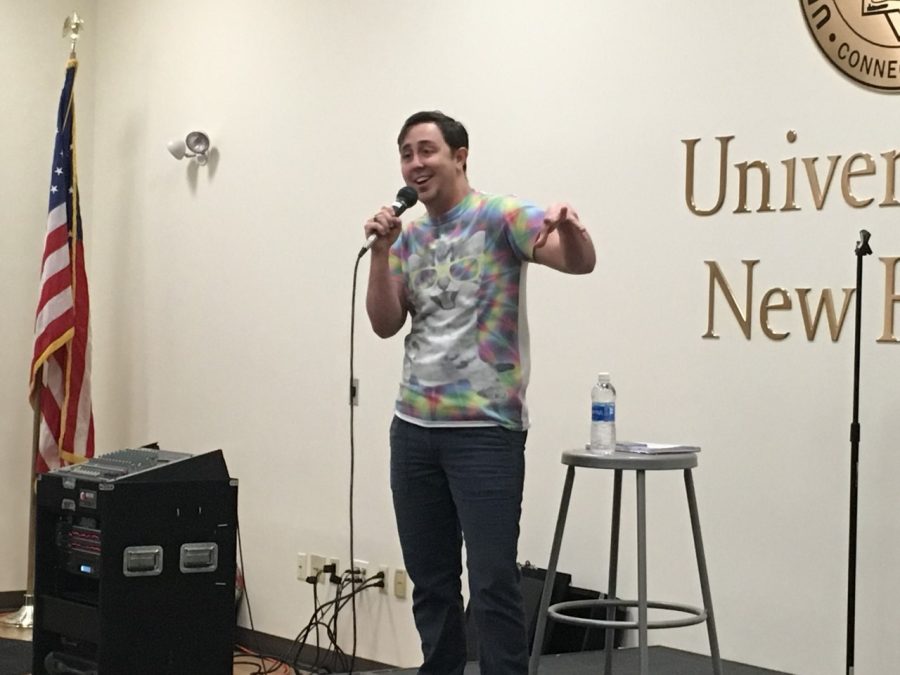 Comedian Jeffrey Jay came to the University of New Haven Monday night (March 28) to perform stand-up  and talk about transgender rights. Jay is a transgender comedian who, when he is not writing comedy for the “Feast for Fun” podcasts and stand-up comic shows, speaks to high schools and colleges on transgender issues.

He has been featured in The Advocate as one of “the top 7 Transgender Comedians,” and “7 LGBT Comics You Shouldn’t Have Missed in 2011.” He has been seen on the CW morning show The Eye Opener, and was a Finalist in The 2013 Funniest Comic in Texas. He has also been featured in the Dallas Comedy Festival and in a currently airing national Hyundai Commercial. 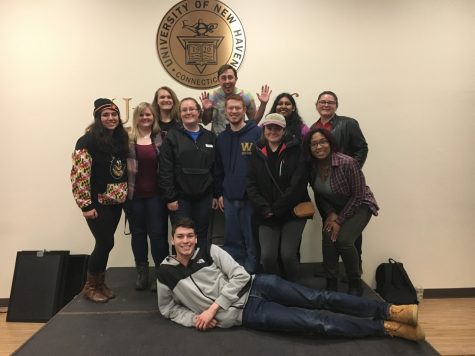 audience wanted to ask about being transgender. Even the questions that many people may be afraid to ask, he was completely open to everything and made everyone feel comfortable enough to ask. There were a lot of laughs, but the educational aspect of it left everyone with a new knowledge that they probably didn’t think they would have received.

Jay adds comedic relief when talking about how he came out to his mom and his daughter, with everyday stories they have faced with her having two fathers, and his significant other who “is just awesome.”  He always knew he wanted to be a comedian and started showcasing his talent at 23, performing in smaller clubs until he was able to play bigger gigs. He has gone to hundreds of colleges, and really does have a fear of ghosts, as he shares in his show.

According to Jay, he didn’t initially intend to add being transgender in his show, but he feels that he has made a huge difference to the people who come to them now that he does. He tells people not to advertise the part about him being transgender so that they come for the comedy and leave having learned something new.