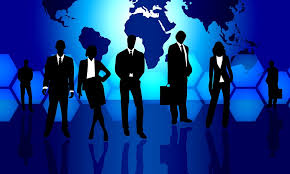 The event, hosted by the Office of Academic Service-Learning, included 30 people representing 22 community organizations in the Alumni Lounge.

Similar to speed dating, organization representatives and event attendees were given time to share interests about the programs. Attendees were encouraged to give one-to-two minutes’ of explanations about their experience and passions. Networking was followed by an interactive “Lunch and Learn.”

“Even today when there are email connections and online applications,” said Anastos. “I think people still crave that face-to-face contact. It is important for us to be that conduit for others.”

She said people appreciate the ability to hear an employer’s passion for their programs.

Undergraduate and graduate students from a variety of majors completed anonymous post-event evaluations, and, from an examination of those surveys, the majority reported they were likely to pursue a project with someone they met at the event.

When representatives were asked how the event could be improved, the most popular  feedback was a wish for more attendance among students. However, representatives said the students who came were engaging. Katie Carrol, a graduate student studying community psychology partnered with the Office of Academic-Service Learning, and reported a higher student turnout this year than at last year’s event.

Connections between the community and university faculty also were worthwhile, said Anastos. She said assistant professor Guy-Serge Emmanuel found four partners for his spring service-learning class, “Community Design,” and Erica Haskell, chair of the department of music, made a connection with a representative who might partner with her for the Oskar Schindler Course, a class to be taught by Haskell in the spring.

The university catalog describes the Schindler course as “an investigation of the underlying principles of good human behavior with an emphasis on encouraging such behavior.” Haskell was named the Oskar Schindler Humanities Foundation endowed professor for the next three years. According to the original article naming Haskell, the award is given to a faculty member who dedicates research and academic time to working with students on project-related learning that exemplify the principles underlying altruism. With the award, Haskell will launch the Schindler Refugee Music Project, which will celebrate the diversity of cultural identity through music among refugees.