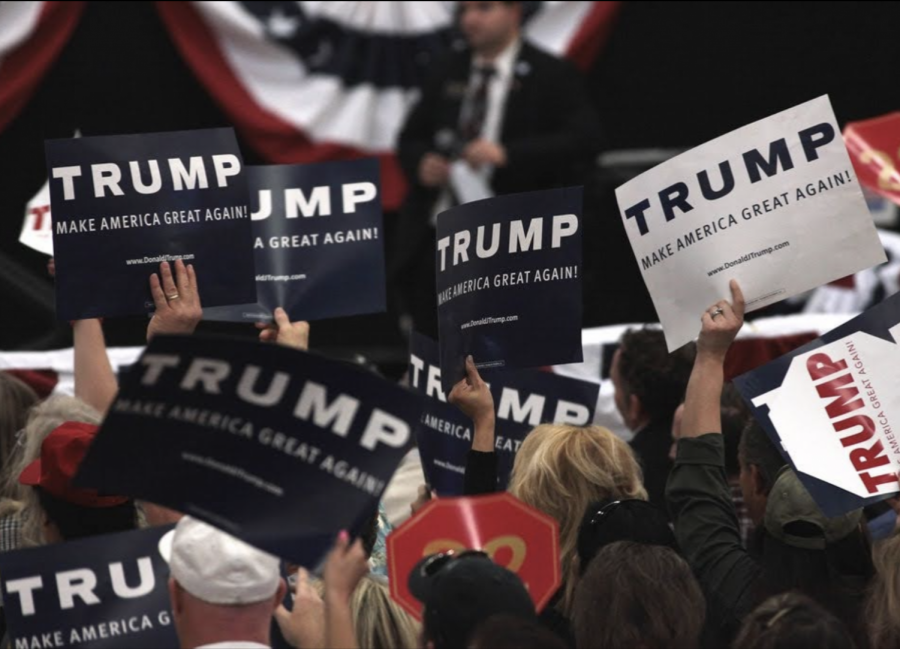 When former President Donald J. Trump exited office on Jan. 20, he left behind a base of vocal and devoted supporters. On the back of the former president, his supporters have successfully shifted the foundations of contemporary politics and ushered in a new era of government. Even though the prospect of a traditional two-term presidency for Trump ended, his base has no plans of going anywhere.

Trump’s exit from office has not ended the rise of far-right politics. Instead, the voter base has continued and evolved as it looks towards future elections.

Ever since announcing his candidacy for the 2016 presidential race, Trump has constructed an appeal that targets the anxieties of American society. In this effort, he captivated millions of supporters by shifting their worries towards more defenseless members of society.

He effectively instilled a fear of Mexican immigrants as being “drug dealers, criminals and rapists.” His ban on citizens from predominantly Muslim countries entering the U.S. further pushed anti-Islamic sentiment. These were just some of the cases in which Trump and his administration targeted minorities.

This messaging may appeal to someone who believes they have become disenfranchised from the political system. It is a belief that the establishment is corrupt and fails in making tangible improvements for society. The unpresidential personality of Trump gave reassurance that their perceptions of the nation’s government were true.

Because of this, his supporters will not go anywhere. The four-year, anti-establishment messaging from the Trump Administration ensured that it did not matter who won the 2020 election.

Despite the Democratic Party’s attempt to present the most moderate candidate in President Joseph R. Biden, nothing would dissuade the Trump voter base. The truth is that nothing will.

Yes, Trump supporters have lost a leader that most represents their movement. However, while so much focus was given towards taking down that leader, the ideology has only grown stronger.

Instead of dissipating after President Biden’s inauguration, the former president’s supporters are faring well even after the shift in presidential power. They have continued expressing support for Trump, donning his flags while hosting small-scale, local rallies. There is an anticipation that Trump or one of his contemporaries will win the 2024 presidential election.

Though it is very early, Trump would be the overwhelming favorite, according to prominent GOP figures such as Sen. Mitt Romney (R-Utah).

“I don’t know if he’ll run in 2024 or not, but if he does, I’m pretty sure he will win the nomination,” Romney said in an interview with the New York Times on Feb. 23.

Allies to the former president, such as Florida Gov. Ron DeSantis, Texas Sen. Ted Cruz and Missouri Sen. Josh Hawley, all target that same base. If Trump eventually faces criminal charges, any of them could take over as the Make America Great Again (MAGA) Party’s leader. For his voting base, there is a sense of security for the 2024 election.

Meanwhile, the Democratic Party is in a difficult position. President Biden has pushed messages of unity for the government while signing a record number of executive orders. However, the recent opening of a migrant facility for children and bombing in Syria has received criticism from progressives.

The Democrats have the full strength of congressional power but continue to show weaknesses in policy decisions. The party has yet to take any major steps forward, putting itself at risk of losing the House majority during the midterm elections. This is a common trend for the Democrats.

This makes the election loss more comfortable for Trump supporters; changes under President Biden may only be marginal. These circumstances give them the opportunity to regroup and prepare for future elections, continuing the Trumpism movement. The election loss may have brought a moment of sadness for them, but it will charge years of rebuilding what was lost.