Things Are Getting Stranger 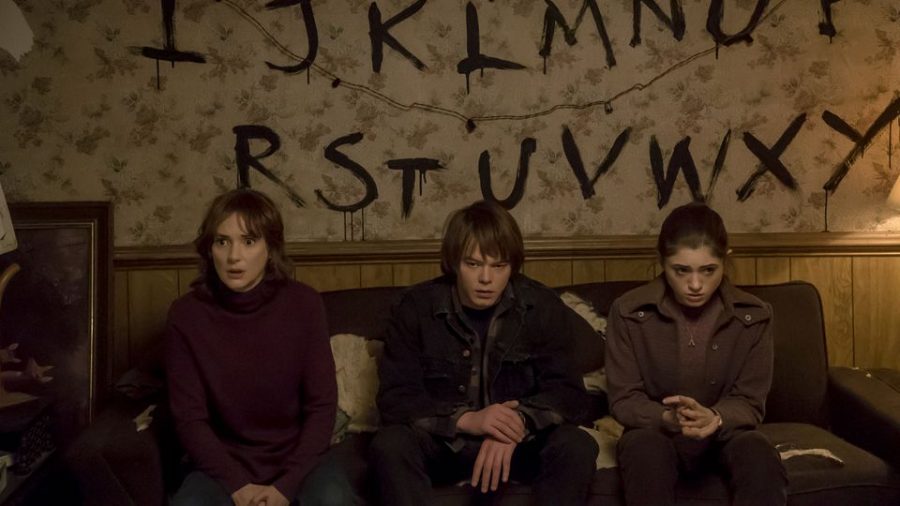 In July 2016, the world of Netflix introduced audiences to the idea of a stranger world; a place we could not and would not understand. Ross and Matt Duffer, the collaborative brothers behind the popular series Stranger Things, are receiving much praise for their work on the show, which included big and small names, such as Winona Ryder (Heathers, Edward Sissorhands), and Millie Bobby Brown, a newcomer to Hollywood.

In Stranger Things, we follow a story of a missing boy, Will, played by Noah Schnapp, and how a small town of Illinois is hiding more than we know. The Duffy brothers merge a universe of disheveled sheriffs, punky teenagers, and a telekinetic 11-year-old, all set in the year of 1983. Stranger Things hooked millions, and with the production of season two underway, fans can not get enough of this funky sci-fi.

The brothers announced season two in late August, and released a small teaser which included the show’s synth-arousing theme song, and titles of the new episodes. After much media hype, Ross and Matt dove further into the spoilers, saying that season two is a “sequel,” continuing with the journey of each character, set in 1984. With newcomers like Sean Astin (The Goonies), and Paul Reiser (Aliens), fans are sure set that this 80’s throwback will be more intense, electrifying, and stranger than the first season.

Ryder and David Harbour, who played the troubled sheriff in season one, have received much admiration for their work playing the characters of Joyce Byers and Jim Hopper, as well as Millie Bobby Brown, whose role as “Eleven” inspired thousands to dress up in her famous pink-dress garb at places like New York Comic-Con back in October.

The Duffy brothers also speculate that the next season will have a larger back story for most characters, such as the sheriff Jim Hopper, who we see flashbacks of struggling with the loss of his child throughout the first season. Fans are also social media barking over the answers to the elusive Barb; an innocent side character who was unfortunately swept away by the creepy upside down world of Hawkins, Illinois.

Fans will have to wait until July, 2017 to feel strange again, and even get the season three itch.