There’s no time to waste: “Covet” by Tracy Wolff is out now 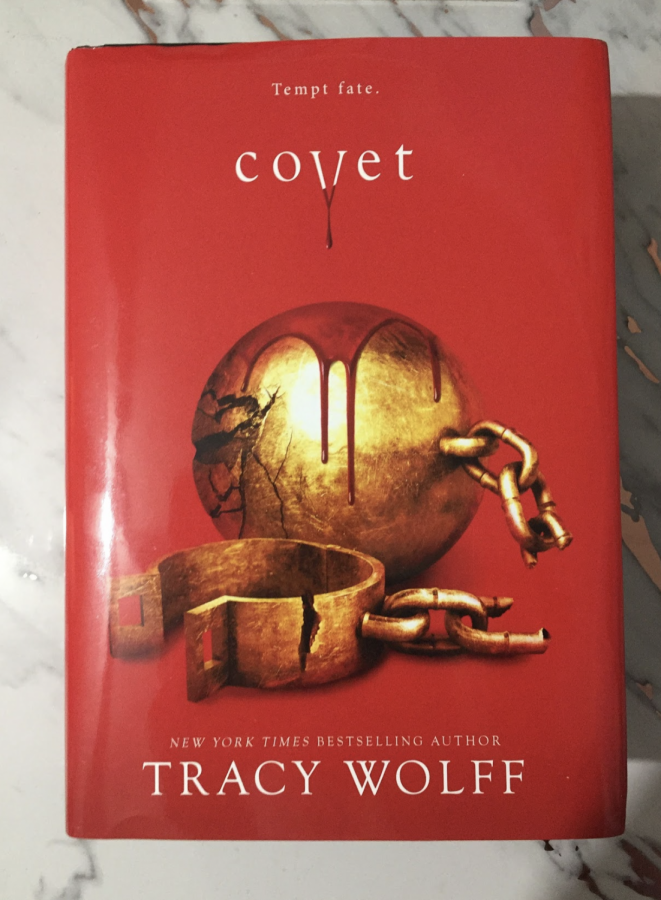 If you still have not read any of the books in the “Crave” series, this is your sign to do so. “Crave,” “Crush,” and “Covet” by Tracy Wolff is a Harry Potter meets Twilight fictional book series told from the point of view of teenager Grace, who is forced to move from California to Alaska to attend Katmere Academy, following the tragic and sudden death of her parents. Grace’s uncle is the headmaster at Katmere and her cousin Macy is a fellow student.

In the first book, “Crave,” Grace soon discovers that Katmere Academy is a boarding school designed for supernatural students that consist of vampires, wolves, dragons, and witches. She is fascinated by the fact that her own cousin Macy is a witch and that her boyfriend Jaxon Vega, is a vampire prince. Grace accepts the fact that her relationship with Jaxon is far from normal. However, her connection to Jaxon runs so much deeper than on a schoolgirl crush level, she is his mate.

In “Crush,” Jaxon Vega’s older brother Hudson, the first-born vampire prince, manages to literally come back to life and complicate everything. Jaxon and Grace’s mating bond is broken, nearly killing them both. Grace cannot ignore the feelings she has developed for Hudson, especially considering the memories they made together while she was trapped in stone that she can’t quite remember. Grace also struggles with embracing her new identity as the first gargoyle to be born in generations and discovering what supernatural powers come with her new title. Each book in the “Crave” series is better than the last and is filled with suspense, steamy romance, and plot twists you’d never see coming.

In “Covet,” Grace tries to pick up the shattered pieces of her and Jaxon’s relationship, after their mating bond is destroyed, despite the fact that their severed bond defies all magical knowledge on the subject. To make matters worse, awkward and even more complicated, as soon as her bond with Jaxon breaks, her bond with Hudson starts. Grace tries to ignore her friendship and overwhelming feelings for Hudson in order to spare Jaxon more heartbreak. On top of her love life, Grace begins to plan for her new seat on the supernatural court as not only the only gargoyle but the queen of the gargoyle court. It doesn’t help that now that Hudson is her mate, he will take his place by her side and rule as the gargoyle king.

As Grace walks on eggshells, trying to keep the peace between the two Vega brothers, she also has to protect all the people she loves from the power-hungry vampire king who just so happens to be the father of both guys she loves. The vampire king will stop at nothing to destroy Grace’s reign before it even begins. Grace prepares herself for war, trying to find allies where she can, and is willing to lay down her life if it means that she finally seeks justice for the genocide of her people at the hands of the vampire king and pave the way for the survival of every gargoyle to come after her.

Once you open the page to the first book of the Crave series, you will not be able to put it down until you read the second and third books. Wolff does an excellent job with developing each of her characters and giving them a voice. So don’t be surprised if you find yourself falling in love and rooting for more than one character throughout the series. Wolff also doesn’t give too much information away at the beginning of her books, but rather allows readers to put the pieces of the story together along the way. Each book in the “Crave” series does build off of each other, but they all hold their own storyline filled with mystery, romance, action, magic, and suspense. Wolff draws you into this series and keeps you craving more. As the semester comes to an end and you are looking for an entertaining and interesting read (that is not on your finals reading list), then Wolff has written the series you need to covet. I said it before and I will say it again, you will not be disappointed.

All three books, “Crush,” “Crave,” and “Covet” are out now on the shelves of Barnes and Nobles, and Amazon. The fourth and final book of the “Crave” series, “Court,” is set to be released on Sept. 28. The only question left to ask is what are you waiting for?