The Status of Jesus is King 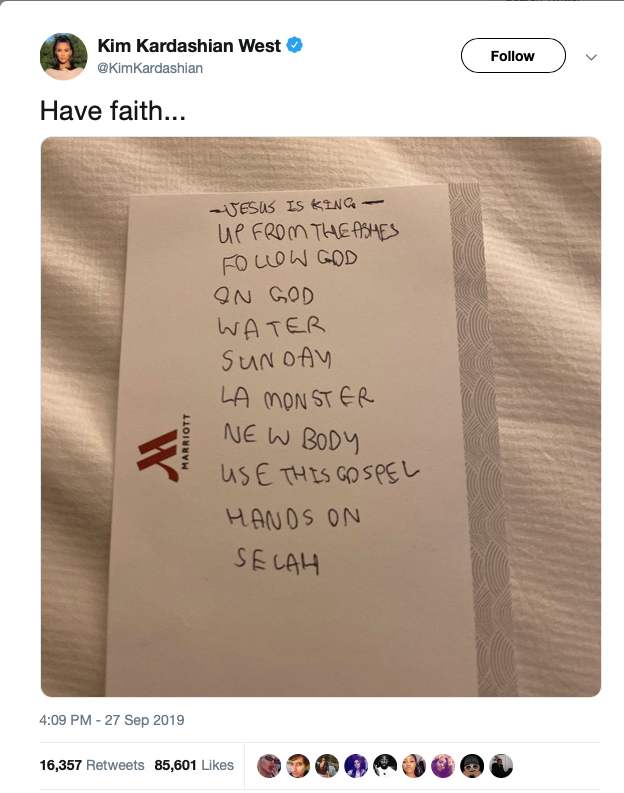 The rollout for Kanye West’s forthcoming album, “Jesus is King,” has been tumultuous. Last year, West’s wife,  Kim Kardashian West, announced West’s next album, “Yandhi,” which was scheduled to release September 2018. “Yandhi”  was later delayed indefinitely by West on Twitter after his performance with Kid Cudi, performing under the name as Kids See Ghosts at Camp Flog Gnaw, a festival held in Los Angeles curated by Tyler the Creator.

A tweet by Kim Kardashian West, showed a tracklist, which served as the announcement of “Jesus is King.” This track list showed the song “Water,” which debuted earlier this year at West’s Sunday Service at Coachella Valley Music and Arts Festival.

As Sept. 27 approached, West announced a listening event in Detroit titled “Jesus is King: A Kanye West Experience,” where he premiered the album to his fans. As the  day came and went, the album was never released.

The following day, Sept. 28. Kardashian West shared  on her Instagram that “Jesus is King” would release on Sept.29, following two more album listening events in Chicago and New York. A trimmed-down tracklist came with the new release date. The album shrank from 12 tracks to 10.

At these listening parties, fans report hearing features from Clipse, Lauryn Hill, Kenny G, Young Thug, and Nicki Minaj. After Sept. 29, the album was delayed indefinitely, reportedly because West was not happy with it.

So the status of “Jesus is King”  is unknown, but the release is expected to come, we hope.