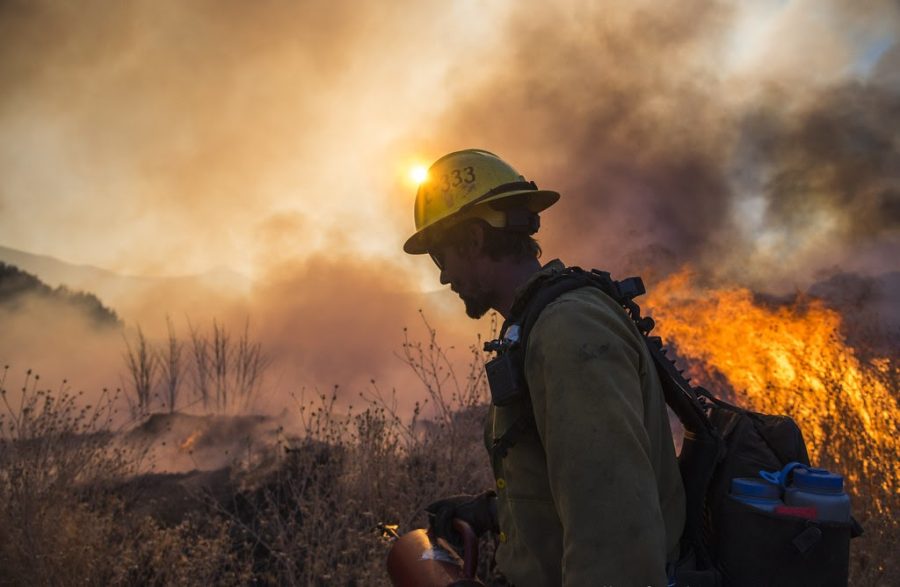 The Thomas Fire burns in the hills above Los Padres National Forest during a firing operation.

On Sept. 13, a wildfire tore through Spain’s Andalusía region, forcing an estimated 2,600 people to evacuate. The blaze has consumed at least 18,285 acres of land so far, releasing huge plumes of smoke above the mountains in the region that can be seen miles away.

According to the deputy director of the Regional Operative Center of Infoca, Andalusia’s fire prevention and extinction plan, Alejandro Garcia, the blaze, fanned by strong winds, had an “unusual power and strength” and was recorded moving in multiple directions. Spanish Prime Minister Pedro Sánchez announced the deployment of a military emergency unit to the area of the blaze because of the wildfire’s intensity.

Countless emergency workers have aided in attempts to slow and reduce the fires as well, with Andalusia’s regional forest fire agency noting that hundreds of firefighters have helped in tackling the wildfire, with the support of 41 aircraft and 25 vehicles.

The blaze has claimed the life of one emergency worker.

According to Infoca, conditions had improved overnight as of Sept. 13., with efforts focused on reducing the impact of the eastern wall of the fire. At the same time, Infoca noted that the fire was on a scale unlike any seen in recent years, with greater complexity than other wildfires in the area.

Infoca also noted that climate change and neglected rural areas were partially to blame for the intensity of the fires. The director of Infoca’s regional operations center, Juan Sánchez, said, “Right now, we’re probably dealing with the most complicated fire that Spanish firefighting services have faced in recent years.”

The fire started in Sierra Bermeja, a mountainous area located above the popular Mediterranean tourist destination Estepona. The regional forest fire agency asked residents of local towns Jubrique and Genalguacil on Saturday to remain inside due to the increased levels of low-lying smoke in the region.

The fires, according to Regional environment chief Carmen Crespo, are believed to have been started deliberately. Investigations into uncovering the details of the case are underway, with investigators working tirelessly to track down those responsible for starting the fire.

Andalusia’s regional president Juanma Moreno stated his commitment to bring those responsible to justice after visiting the area.

Environment Ministry data shows a troubling trend of the years on record, seven out of ten of Spain’s hottest years on record have occurred in the last decade. This trend can also be seen globally, with unusually large wildfires causing devastation around the world, especially this year. Scientists note that dry and extremely hot conditions, both symptoms of climate change, are to blame for the uptick in large- scale wildfires.