The Problem With the “Blue Lives Matter” Movement 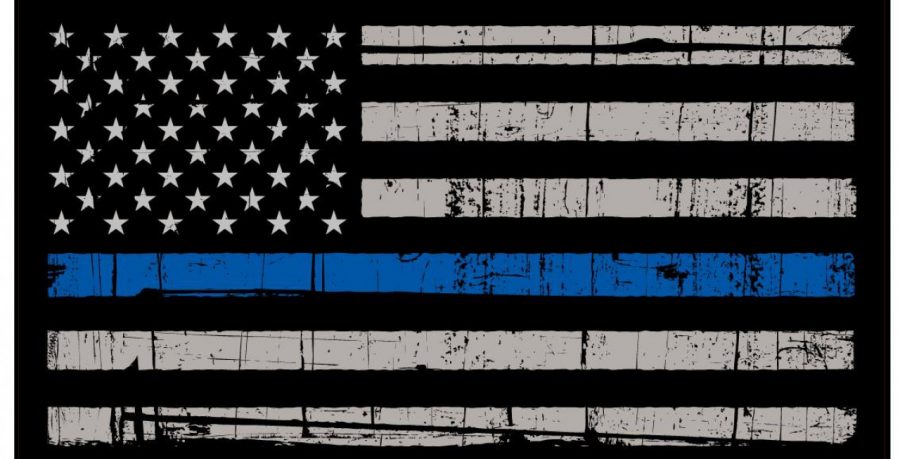 I see many students on this campus walk around with “Blue Lives Matter” apparel; from the hats to the t-shirts to the pants and even the flag in their room seen showing it off via social media, it’s their way to show pride for this cause. There are many reasons why “Blue Lives Matter” is irrelevant, offensive and just straight up nonsense in my opinion.

The “Blue Lives Matter” movement started in late-2014, early-2015 after the shooting death of two police officers in Brooklyn. It’s a pro-police movement that, from my observation, appeals to white people – I have not personally seen one non-white person support this cause. The symbol for “Blue Lives Matter” is a black and white flag with a blue line in the middle, as blue is the symbolic to the police forces in America.

I can’t recall a time where someone has said that police officer’s lives don’t matter. Certainly, not me; I have a complete understanding that not all cops are dangerous.

No one is born a cop. People decide to seek the education and training to enter that profession. Once they choose to pursue that career path, they take on the burdens and responsibilities that come with the job.

I was born black. I can’t take off the color of my skin to protect myself.

Police officers were never historically considered less than or without value. When law enforcement wrongfully murders an unarmed black person, it’ll be a miracle if the case reaches a tried jury. In all of the cases I heard about in the media of slain black people at the hands of police brutality, there were only one or two cases that made it to a jury.

Respect has always been put on police officers. Do you know how many benefits cops receive just because of their jobs? That they can get free meals and services? My mother was able to cut the line at one the only gas stations available in Nassau County and Queens New York during Hurricane Sandy because of her badge.
Cops aren’t like black people who are regularly considered thieves or lazy by white America. I remember when police officer and Long Island native Brian Moore was murdered two years ago in Queens, New York. There was constant outcry from the public and even a statue made in his name. Meanwhile, Eric Garner, who was put in a chokehold by the police, received negative comments from local citizens in response to an article in The New York Times.

As a person belonging to the African-American community, it frustrates me to see a movement we started for a valid cause turn into a free-for-smudging-and-recreation. This recreation is a straight up whitewash and rip-off that makes it appear as though oppression is on the other side. It makes me feel like I’m Isis (from Bring It On) when she said to the cheerleader captain Torrance, “God it’s like every time we get some, here y’all come trying to steal it, putting some blonde hair on it and calling it something different.”

The #BlackLivesMatter movement started in 2013, after the acquittal of Trayvon Martin’s killer George Zimmerman. Three African American women sought to use protests and lobby to have laws combat racial profiling, police brutality and racial inequality in the criminal justice system. The movement continued to rise due to the national attention to the deaths of unarmed black citizens Michael Brown, Eric Garner, Tamir Rice and Sandra Bland by law enforcement officers. It was through social media and online blogs that the movement continued to stay a frequent topic. Forbes even provided data that black lives/lives matter Google searches spiked in November 2014 and again in August 2015.

The full census of #BlackLivesMatter is in the title itself: black person’s life is no different from a white person’s life or anyone’s life for that matter.
The media has a reputation for bringing up slain black men like Martin and Garner’s history of wrongdoing when they get in-depth about the background and the circumstances of the case. Ultimately, the public tries to justify that these victims deserved to die, as if they weren’t human. People make mistakes.

The “Blue Lives Matters” movement shouldn’t be an actual change because evidence has shown that blue lives have always mattered. One can’t fight for something that already exists. The “Blue Lives Matter” is a distraction from the #BlackLivesMatter, which is a valid issue that needs make a breakthrough in the American legal system, and needs to stopped being viewed negatively by the public.

So, next time, think twice before you rock or promote this unnecessary political movement.