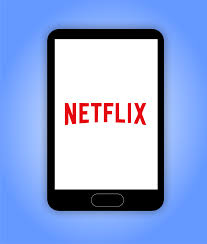 “The Politician” a  Netflix original, throws the viewer into a whimsical, theatrical, and progressive universe through its outstanding casting, compelling dialogue, and its visually stunning scenes.

Let’s begin with actor, Ben Platt. Platt starred as Benji in Pitch Perfect I and II, and was the original Evan Hansen, in “Dear Evan Hansen” on Broadway.

Platt nails his character, Payton Hobart, who is determined to win the class presidency. Payton Hobart is a driven and rich adopted high schooler. He endures the death of a close friend, has an unreliable running mate, and stages personal life struggles all to end up winning the presidency.

We also see a new transgender actor, Theo Germaine. According to Oprahmag, Geramine said “I am constantly trying to fight stereotyping and labels and have to represent my community well. There’s a lot of pressure and this was the first time that I was really able to just be an actor and have that effect me in a really positive way.”

With this diverse set of characters, multiple different conversations arise, continuing to draw the viewer in. Suicide, munchausen by proxy, and an upcoming election in the state of New York keep the viewer engaged.

Deutch’s character, Infinity, has a mother with Munchausen syndrome.

Deutch does an excellent job expressing the emotions involved with this role.

The last episode shows the characters living in New York City, years after the election. The final episode leaves viewers with an enticing ending, hinting that an exciting season two is well on the way.