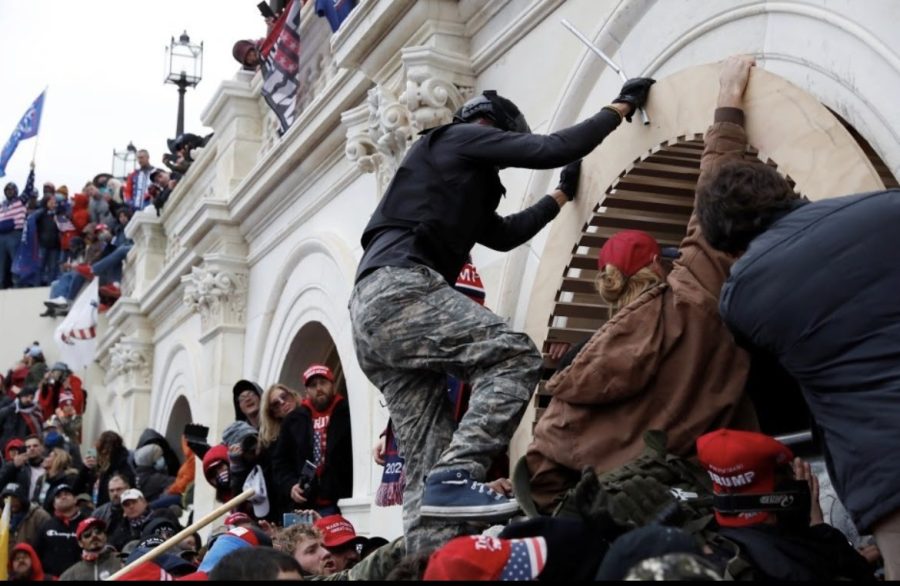 With the rise of the COVID-19 pandemic, many people have turned to social media platforms to stay connected and entertained. Online platforms such as Instagram and Twitter have allowed individuals to remain in contact with friends and family, especially during the first wave of the pandemic and throughout long periods of quarantine.

This overwhelming use of social media has not only led to a higher degree of connections made during the pandemic but also to an overwhelming spread of misinformation. While efforts have been made by companies to flag and take down posts including false statements or depictions, users are still bombarded with images, articles, and posts depicting false information.

In turn, due to increased connections and the sharing of ideals and information (including misinformation), political unrest and discontent have also risen over the course of the pandemic. Prior to the start of COVID-19, large protest movements around the globe grew 2.5 times between 2011 and 2019, according to the Institute for Economics and Peace (IEP). The IEP later found that in 2020 alone, global civil unrest had increased by 10%. Across 158 countries, the IEP counted over 5,000 instances of pandemic-related violence. Since 2008, violent demonstrations are at their most common point, with peaceful protests also on the rise.

In 2020, the U.S. saw more than 22,000 demonstrations, the world’s highest count. Starting in May, demonstrations arose with the “Black Lives Matter” (BLM) movement, with some protests and counter-protests involving rioting, clashes with police and altercations with heavily armed militia. The record turnout organized by BLM can be largely attributed to social media sites and platforms, allowing for communication and organization during the pandemic.

The Jan. 6 Capital Riot is another symptom of increased social media use and literacy. During this riot, thousands of Donald Trump supporters marched to the Capitol, attempting to interfere with the certification of electoral votes from the 2020 presidential election. Rioters assaulted Capitol police, destroyed property, trespassed and sent congressional staff into hiding.

On the day of the riot, Facebook’s user reports of “false news” hit over 40,000 per hour. On Facebook-owned Instagram, Trump’s presidential account was reported most often for inciting violence. Similar to the BLM movement, rioters had planned out the insurrection using social media.

This combination of political unrest, increased social media connectivity and the increase in misinformation have led to a rise in demonstrations and protests.

Globally, political unrest and demonstrations are rising in countries such as Thailand, Columbia, South Africa and Myanmar. From Brazil to Belarus, people are angry about the economic hardships they have had to face. They are angry that citizens in higher classes have been the first to receive government aid, medical treatments, and vaccines throughout the pandemic. They are also angry that their leaders were not able to do a better job at containing the virus before it became uncontrollable.