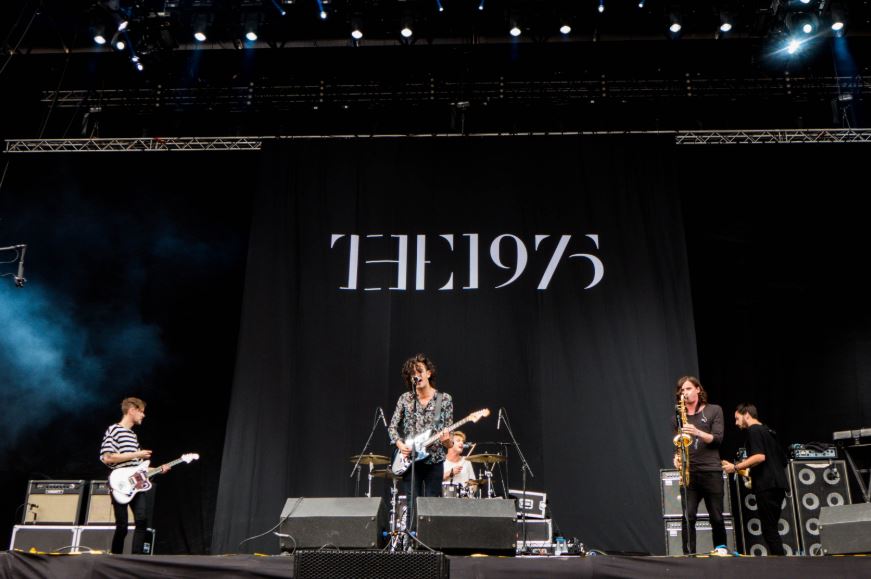 Never a band to shy away from the truth in its rawest form, The 1975 released their third album “A Brief Inquiry Into Online Relationships.” Critics are already calling it the band’s best album to date. “On this stunning album, The 1975 take on that overwhelming anxiety with nerve and aplomb, and the result combines the fist-raising inspired by anthems with the gut-punch provided by precisely described longing,” said the Rolling Stone. However, critics can say what they like; the greatest impact is in the hands of the common listener’s reaction. Upon releasing singles over the summer and the fall, long time fans weren’t sure what to expect of the band’s sound. Would it stray far from the band’s roots and were they headed into a drastically new era of The 1975?

The second single “Love It If We Made It” is an ode to the world’s current state, politically charged and brutally honest, with angry crooning from front-man Matty Healy. However, the following single “TOOTIMETOOTIMETOOTIME” is a song about being unfaithful, backed up with electro house infused beats and new wave melodies. The 1975 are constantly reminding people: they’re not a rock band. If anything, they’d call themselves a pop band before they ever squeeze themselves into the rock genre, and “A Brief Inquiry” proves it.

From the album’s intro, hardcore fans were given a sense of nostalgia while simultaneously being thrust into a fresh chorus of modulated voices similarly done in previous albums. From a first listen, the album’s main singles appear to be heavy hitters among the rest. However, upon a second listen, it’s clear that each song is able to not only stand alone as a well-crafted piece of music, but wrap the album’s theme of relationships together with twine.

There’s the guitar-laden ballad about guilt and growth in “Be My Mistake,” followed by the breezy and jazz-infused anthem about authenticity and irony in “Sincerity Is Scary.” The 1975 can hop from genre to genre, never overstepping in places they know they won’t fit, but maneuvering seamlessly to make a place of their own.

A complete 180 from other songs on the album, the band adds in experimental tunes such as “The Man Who Married a Robot / Love Theme,” where a humanoid like voice tells the story of a man and his “relationship” with the internet. They also give their perspective on gun control in the song “I Like America and America Likes Me.” Front-man Matty Healy delivers the lyrics “I’m a designer, unite pariahs/Am I a liar?/Oh, will this help me lay down?/Kids don’t want rifles, they want Supreme!/No gun required!” with auto-tuned vocals and trap-inspired beats.

From the stories told within the album, much of it describes Healy’s past addiction, such as “It’s Not Living (If It’s Not With You).” The tune pieces together like the catchy love song in a John Hughes movie from the 80s, making Healy’s depictions of his past addiction easy to misinterpret. But upon seeing the lyrical content, it’s clear that Healy is displaying his demons in the most honest way he knows: “Danny ran into some complications/He falls asleep during conversations/He’s gotta search the street when he’s on vacation/The worst thing is that I’m in the same situation.”

Healy promised long-time fans of the band that the band would not only release “A Brief Inquiry Into Online Relationships” by the end of this year, but that the following album would be released sometime in 2019. If “A Brief Inquiry” is anything to go by, it’s clear The 1975 are evolving, and they’re not slowing down any time soon.