You meet a guy at a party. He’s cute, seems nice, and you’re both looking to have a good time. But then he suggests you take it a little further and go “somewhere more quiet,” to which you politely decline. What comes next in this scenario? Well you get called a tease, of course. But what if you take him up on his offer and find yourself doing the walk of shame the next day? Well then you, my friend, are considered a slut. 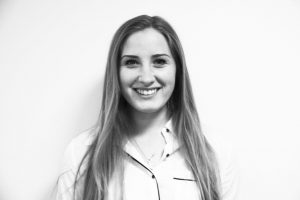 We live in a society where girls are valued, first and foremost, for their bodies. Women can’t even make their own decisions regarding their own bodies, or walk down a street without being objectified as though they were put on this earth solely for the entertainment of others. Therefore, it shouldn’t come as a shock that they’re judged based on their sex lives in conjunction with their appearances.

Yet, it does; sexuality is a double-edged sword for a woman. If you refuse to hook up or put out, then you’re seen as a conquest in many ways, as a challenge for a man to overcome.

However, if the woman is steadfast in her beliefs, then she’s cast off as a prude. If a girl gives a little, but decides she wants to stop, for any reason whatsoever, then she’s a tease. If a girl “goes all the way,” and, God forbid, even enjoys it, then she’s a slut. She’s easy. She’s dirty and damaged goods, and nobody will want her.

Other than terms like “man whore” and “f–k boy,” there are no such labels for men, and even these two labels were recently created, and most likely done so by women.

The term “man whore” is especially interesting, because it implies that it is simply the male version of a female slut, that’s further insulting him by saying he is no better than a woman condemned by society for having a lot of sex. But I digress – The point is, there are two labels for men who are promiscuous, both of which have been coined relatively recently. Meanwhile, all it takes is one quick trip to Urban dictionary to define how shameful it is for a woman to want control of her body. Because that’s what it comes down to: control.

Women can be as sexually liberated as they like. Some girls like to dress in tube tops and miniskirts, while others prefer oxford shirts and power suits. Some girls make livings as lawyers, while others work as prostitutes, and both can enjoy their jobs.

However, no matter what a woman’s decision is about her life, in the end, it doesn’t matter at all. In the end, the sickening fact is that we can never win, because we will only be as valuable as men say we are.