New Orleans Saints @ Carolina Panthers
The Saints finally looked like the team people have come to know them by the last few years. They played well on Sunday Night Football and took down the Packers in convincing fashion. A win by the Saints in this game would catapult them into the division lead. The Panthers lead the division with a sub .500 record and have played inconsistent at times. Expect the Saints to carry their momentum from last game over to this Thursday Night Football game and win. 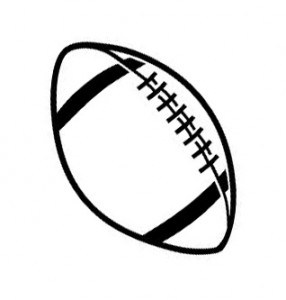 Tampa Bay Buccaneers @ Cleveland Browns
The Browns bounced back after an embarrassing loss to the Jaguars last weekend and took down the Raiders. They currently sit last in the division at 4-3, but have the potential for a playoff run. The Browns should be able to knock of the Buccaneers at home. Tampa Bay is 1-6 after an overtime loss on Sunday to the Vikings. Look for the Bucs to be competitive in a loss to the Browns.

Arizona Cardinals @ Dallas Cowboys
The Cowboys are arguably the best team in the NFC and even in the NFL right now they sit at the top of the NFC East after an Eagles loss to the Cardinals last weekend. The Cardinals have their hands full with the Cowboys but have proved they can play with anyone in the league. Dallas will have to protect the deep pass in order to beat the Cardinals. Expect a great game between two of the best teams in the NFC.

Philadelphia Eagles @ Houston Texans
The Eagles will have to bounce back after blowing a late lead to the Cardinals. They sit at 5-2 and will now have to look up at the Cowboys in the division. The Eagles need to be better on defense if they want to compete come playoff time. Meanwhile, Houston is coming off a win and sits at 4-4. They are in the middle of the pack in the AFC and need a win against the Eagles. Expect a close game with a win from tthe Eagles.

New York Jets @ Kansas City Chiefs
The Chiefs are above .500 for the first time this season and have won four out of their last five games. Kansas City welcomes a New York Jets team that has played poorly all season. Expect a change in quarterback after Jets’ starter Geno Smith threw for three interceptions on Sunday. Expect the Chiefs to get ahead early and stay ahead.

Jacksonville Jaguars @ Cincinnati Bengals
The Bengals are the clear favorite here. They are one of the better teams in the AFC and are coming off a good win over the Ravens. Jacksonville has only one win and can only play spoiler at this point. They have shown improvements and could build momentum going into next season. Expect the Bengals to blowout the Jaguars.

San Diego Chargers @ Miami Dolphins
Both these teams have probably exceeded expectations to start the year. San Diego currently sits in a wild-card position and Miami is right there in the playoff mix behind just a few other teams. The Dolphins look to win their third straight game by using their top ten rushing game to take down San Diego. The Chargers are coming off a loss to the Broncos and will need to bounce back and focus on the Dolphins. San Diego needs to win as other teams are on the heels of the Chargers for a playoff spot. Expect a close, hard fought game.

Washington Redskins @ Minnesota Vikings
Neither of these teams have proved anything this season. They both sit in last place in their respective divisions. Minnesota has a top ten rushing game and has allowed the ninth fewest passing yards. The Redskins are fourth in passing yards. This game is a toss up and could go either way.

St. Louis Rams @ San Francisco 49ers
The 49ers are coming off a bye week and should be well rested. They have work to do the rest of the season to make the playoffs. A win over the Rams will surely improve their chances. San Francisco sits two games back of the Cardinals in the NFC West. St. Louis had been playing well until their loss Sunday to the Chiefs. The Rams beat the 49ers three weeks ago at home. Expect a different outcome this time.

Denver Broncos @ New England Patriots
This is probably the game of the week. Both quarterbacks go way back, which creates an added rivalry between the teams. The Patriots have been playing well the last few weeks but only lead their division by a game. Denver has been lights out, currently sitting at 6-1 and they lead their division by two games. Both these teams can score a lot of points. Expect a shootout in New England with the Broncos emerging as the winners.

Oakland Raiders @ Seattle Seahawks
Seattle has had a rough start to this season despite their 4-3 record. They barely escaped the Panthers on Sunday. Amid personnel issues, the Seahawks will need to focus on football. The Raiders are 0-7 and don’t have a chance against Seattle. Oakland has not found an answer for anything this season. Expect the Seahawks to settle down and take care of business at home.