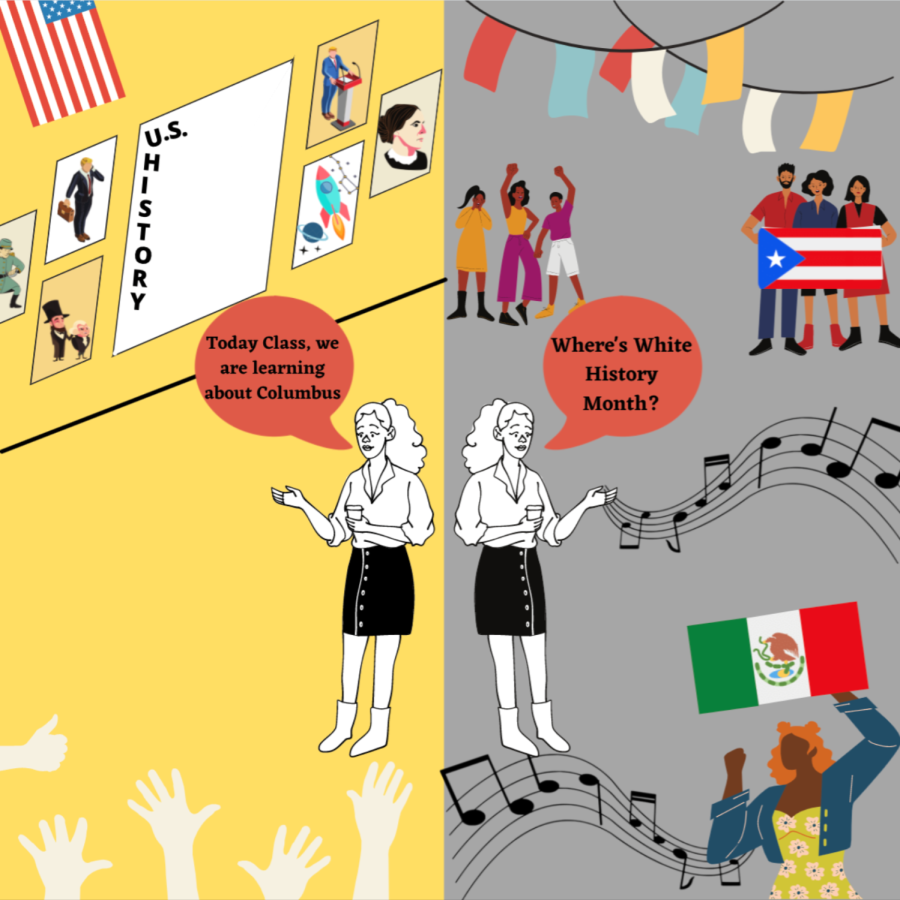 Every year, starting on Sept. 15, National Hispanic Heritage Month (HHM) honors Latines and Hispanics in the U.S. for our culture and history. Congress established Hispanic Heritage Week in 1968, which was expanded to a month in 1988. Running until Oct. 15, the month corresponds with national independence days of numerous Latin American countries. Guatemala, Honduras, El Salvador, Nicaragua and Costa Rica celebrate their respective independence on Sept. 15, Mexico on Sept. 16, Chile on Sept. 18 and Belize on Sept. 21.

As a Puerto Rican, I eagerly await the arrival of September to celebrate the nationally observed and recognized month with my Hispanic/Latine peers. To me, everything seems to be better during the entire month. The Hispanic food tastes better, the community seems happier, the salsa, merengue and bachata music makes us want to dance in public even more so than normal, all because there is a grander and more tangible sense of community. And while it is true that all Latines tend to be drawn to one another–I would know, considering how hyped up I become whenever I find out someone speaks Spanish or is from Puerto Rico–there is something about the celebration of Hispanic Heritage Month that brings us even closer together.

Yet, every year, among the revelry I would prefer to enjoy, there is always the incessant worry of someone ruining it by asking “where’s White History Month?” or something along that line of thinking–that a national month devoted to a community other than white people is “anti-white.” It is insulting and irritating, as well as perplexing, when white people wonder where their history month is and why they have to pay for their ancestors’ bigotry.

This year, my worst fears came true. There was little attention put toward celebrating Hispanic Heritage Month. Frankly, if I were not Hispanic and Latina myself, or was not on the executive board of the Latin American Student Association, I would have never realized it was HHM. In the midst of things, there was more of an emphasis placed on other events that didn’t celebrate the minority group of students–especially not Latine and Hispanic students–at our university.

The University of New Haven is a predominantly white institution (PWI). The U.S Census Bureau defines the white race to be “a person having origins in any of the original peoples of Europe, the Middle East, or North Africa.” Although one can track short histories of discrimination for some sub-groups of the white population during estimated periods where those populations were not considered white, they are currently part of the majority, the socially powerful white race.

As of 2019, Hispanic/Latine students made up 11.3 percent of the university’s population, and 18.5 percent of the U.S. population. With an increased rate of bias incidents, discrimination, anti-immigration policy and hate crimes against the community within the last 10 years alone, there is little argument that the celebration of HHM should precede the heritage months of white majorities.

While it is incredibly important for all students to feel a sense of belonging, it is imperative there be a special emphasis on minorities–such as Hispanic and Latine students–at the university for that very reason: because we are in the minority. HHM is when Hispanic/Latine students want to celebrate their heritage fervently without worrying about stepping on other people’s toes.

Heritage months humanize cultures and people society has a history of using as scapegoats. It is easier to mistreat that which you do not see as human. Hispanic people are some of the most recent scapegoats in American culture what with the intent of denouncing undocumented residents of the U.S. as born criminals incapable of redemption.

It would be easy to assume that students on campus do not know why Hispanic and Latine students have the customs and traditions we have. But being able to celebrate the month properly on campus will allow for students to learn about our cultures.

So let’s all celebrate HHM and Black History Month and Native American Heritage Month and any other national minority heritage month. Let’s celebrate because we deserve to do so. I know I’ll be happily celebrating my Hispanic heritage even after Oct. 15, because I am proud of it. And the discounts I can get on Hispanic food in my neighborhood until then will also be highly appreciated.