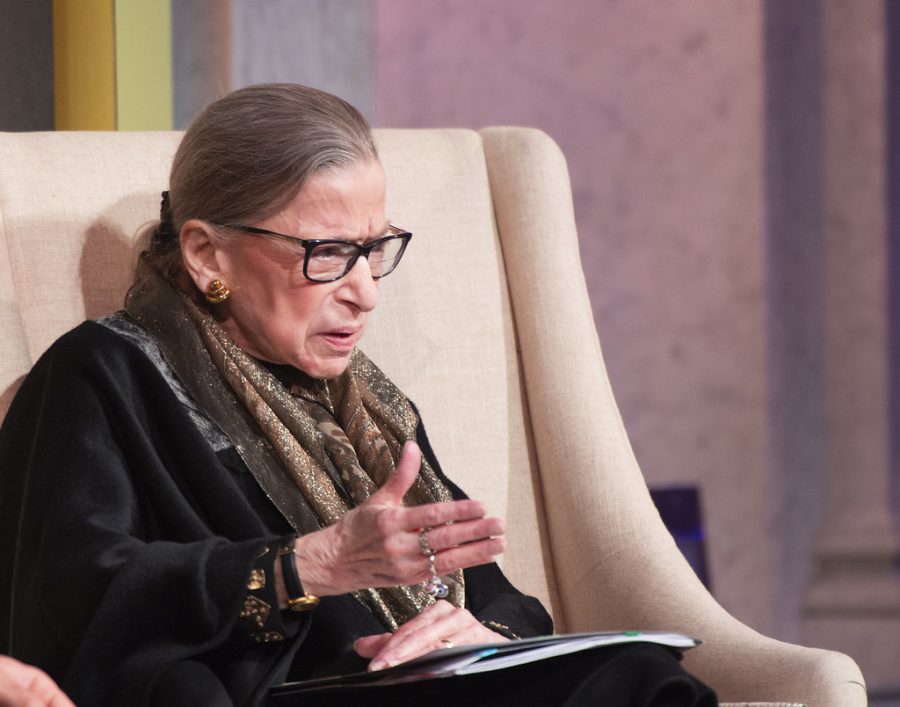 The Supreme Court announced Friday that Justice Ruth Bader Ginsburg, lifelong advocate for gender equality, had died. Ginsburg died of complications of metastatic pancreatic cancer, surrounded by family in her home in Washington, D.C., according to the court’s statement. She was 87.

On July 17, Ginsburg announced that her cancer resurfaced and that she had been undergoing treatment since May, saying that she was “fully able” to continue as a member of the court.

According to the Supreme Court’s website, Ginsburg was born on March 15, 1933, in Brooklyn, New York, and in 1954, she married Martin D. Ginsburg, who died in 2010. She attended Harvard Law School and earned her law degree from Columbia Law School, and was a law professor at Rutgers University School of Law from 1963 to 1972.

During more than 40 years as a judge and a justice, Ginsburg was served by 159 law clerks.

Appointed to the Supreme Court by Pres. Bill Clinton in 1993 and throughout her 27 years as a Supreme Court Justice, Justice Ginsburg consistently delivered progressive votes on pressing issues in the court, some of which included abortion rights, same-sex marriage, voting rights, immigration and health care.

Prior to her appointment, Justice Ginsburg argued six racial discrimination cases before the Supreme Court as head of the American Civil Liberties Union’s (ACLU) Women’s Rights Project. She won five and persuaded the bench that gender discrimination was a breach of the equal protection provision of the Constitution. As she did in Weinberger v. Wiesenfeld (1975), Ginsburg discussed that both women and men may be the unequal beneficiaries in an oppressive system.

“Our nation has lost a justice of historic stature,” said Chief Justice John Roberts. “We at the Supreme Court have lost a cherished colleague. Today we mourn but with confidence that future generations will remember Ruth Bader Ginsburg as we knew her, a tireless and resolute champion of justice.”

Some days before her death, Ginsburg told her granddaughter Clara Spera that her “most fervent wish is that I will not be replaced until a new president is installed.”

Democratic presidential nominee Joseph Biden said on Sunday that Republicans should hold off on considering a Supreme Court nominee from President Trump until after the Nov. 3 general election.

“We should heed her final call to us,” said Biden in a press conference.

“Justice Ginsburg helped us see that discrimination on the basis of sex isn’t about an abstract ideal of equality,” said former President Barack Obama in a statement, “that it doesn’t only harm women; that it has real consequences for all of us. It’s about who we are – and who we can be.”

Ginsburg wrote a book, “My Own Words,” in 2016, which included a compilation of her speeches and writing, according to the Court’s website.

Ginsburg is survived by her children, Jane and James. A private funeral service will be held at Arlington National Cemetery after Justice Ginsburg lies in state at the Supreme Court, and at the U.S. Capitol.