Stumped for Halloween? Get Some Ideas from the Stars! 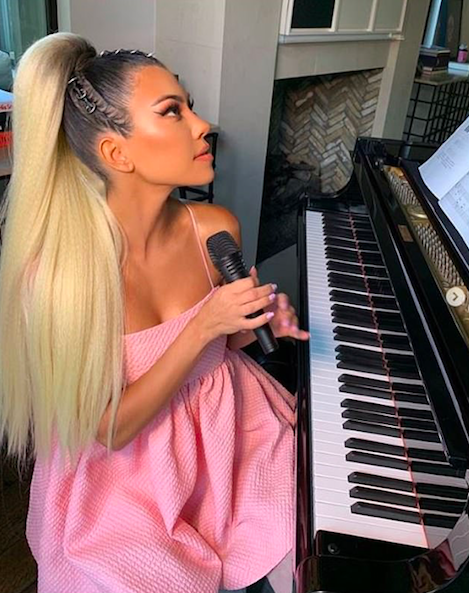 If you’re looking for a last-minute costume, look no further than celebrity Halloween costumes.

Halloween has been celebrated in America for hundreds of years, but the idea of dressing up has been popularized in media through movies, TV shows, and celebrities. Costumes range from pop culture icons to sexy versions of modern-day careers and are available for all ages and all sizes.

The Kardashians have gone all-out for Halloween in past years, especially Kourtney Kardashian. She’s decided to dress as pop-star, Ariana Grande. She posted a photo to her Instagram page on Oct. 16 dressed as the singer. According to Billboard, the post racked up a total of 2.5 million likes as of Oct. 24. So if you’re stumped for Halloween, why not dress as the pop diva with the iconic ponytail?

Next, former “Saved By The Bell” star, Mario Lopez, dressed up as the famous breakfast cereal mascot Cap’n Crunch in order to take his children to a Halloween party. This costume mixes both comedy and pop culture to create a masterpiece of Halloween artistry.

Halloween isn’t just about being scary or suggestive, so feel free to let your freak flag fly high and dress up like a mascot.

Following the success of Lil Nas X’s country/hip-hop fusion hit, “Old Town Road,” as well as its multiple remixes, TV personalities Ryan Seacrest and Kelly Ripa rocked full cowboy and cowgirl gear as they galloped through the streets of New York City on horseback. These two laughed it up while filming a sketch titled “Welcome to the Wild, Wild Upper West.” Though most people can’t just bring a horse with them to a party, a cowboy costume is cheap and easy to execute. Plus, when “Old Town Road” plays during the annual Halloween party, it will be your time to shine.

With the release of “It: Chapter 2” and “Joker” this year, many people are going to be donning white face paint to either channel Pennywise or the Joker, just like Joel Madden. The former “The Voice” coach posed with a chilling Pennywise mask for Instagram and gave us all quite a fright. It’s time to bring back the spooky atmosphere of Halloween.

Halloween is the time to be whatever you want to be. It’s the time to be creative and enjoy yourself, whether it be trick or treating, going to a party, or simply just giving out candy to friends and neighbors. No one is too old to dress up. Happy Halloween!