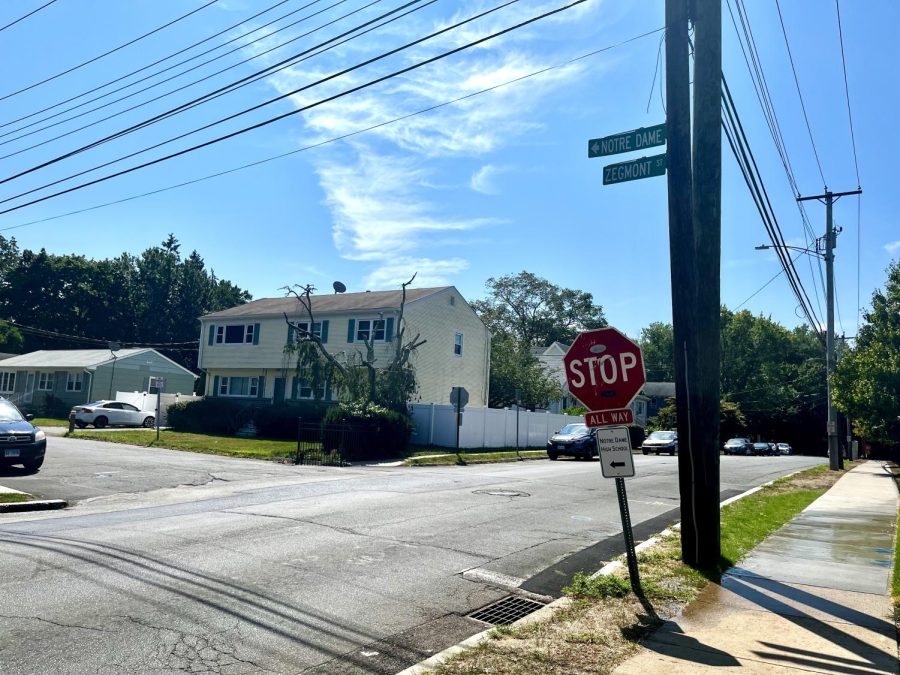 The intersection of Ruden and Segment where the robbery occurred, West Haven, Aug. 30.

The first day of the fall semester was Monday and that evening, students received their first Public Safety Advisory email from Adam Brown, chief of the University Police Department (UPD).

The advisory informed students that a student was robbed at knifepoint just off the outskirts of campus on Ruden St., an hour and a half prior to the information being released via email.

According to the statement, UPD was notified externally by the West Haven Police Department, who initially arrived at the scene.

The current reports indicate that the incident occurred on the intersection of Ruden St. at Zegmont St., placing the robbery directly across the street from the parking lot behind Westside Hall. The email from Brown stated that “UPD officers patrol campus and the area surrounding campus 24 hours a day, seven days a week.”

The student involved in the incident, who has not yet been identified, was unharmed, the email said. The student described the robber as “a dark skinned male, approximately 5’8, wearing a hoodie” according to the email. The suspect then fled towards Campbell street, Brown said. Nothing else about the student or robber’s identity has been revealed.

The robbery follows a motion for the university to increase security around campus, as was outlined earlier this month by Vice President of Facilities Louis Annino.

Prior to yesterday evening, the most recent armed robbery in relation to campus occurred last December outside of the university convenience store.

Brown’s email concluded with a statement, “The safety of the University community is our paramount concern. We are always available to assist with questions or concerns you might have.”

Updates will be provided as more details and information surrounding the incident develop.
The West Haven Police Department has been contacted, but has not commented further.