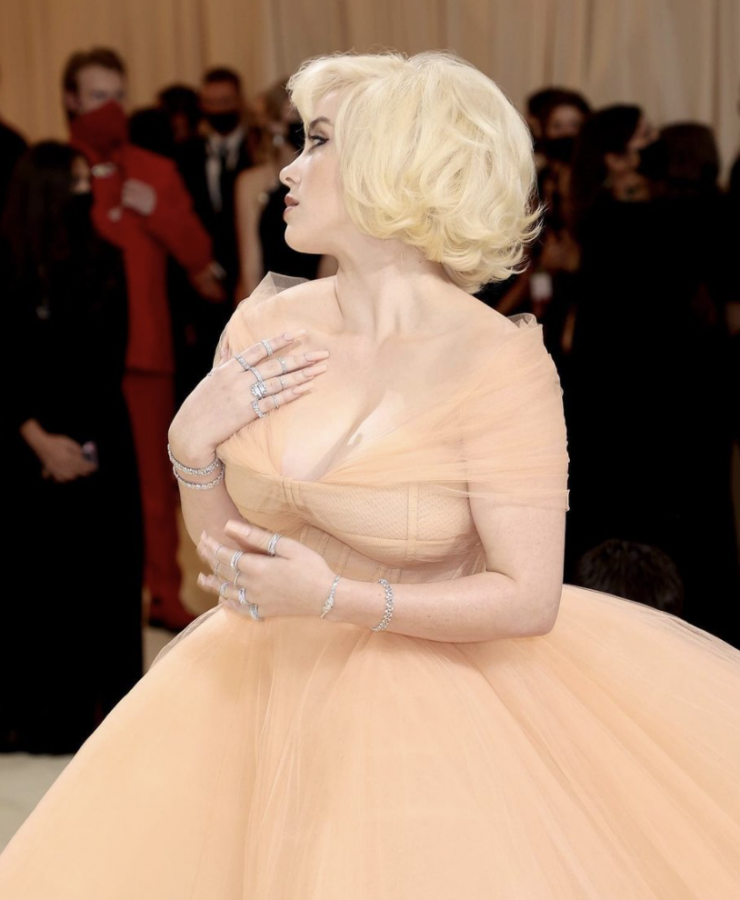 Since its inaugural year in 1948, the Met Gala has become one of the most famous and prominent events in the world. The fundraiser is held for the Costume Institute at the Metropolitan Museum of Art in New York City to mark their annual fashion exhibit. The event celebrates the theme of the Institute’s exhibition. Guests that are invited to the Gala are expected to choose a fashion designer to collaborate with for an outfit that coincides with the theme of the exhibit.

The Met Gala has been held on the first Monday of May since 2005. However, the event was canceled in 2020 because of the COVID-19 pandemic. The 2021 Gala was split into two parts with the first arriving on Sept. 13 and the second coming in 2022.

This year’s exhibit is titled “In America: A Lexicon of Fashion,” opening to the public on Sept. 18, and making this year’s Gala’s theme “American Independence.”

Yara Shahidi wore a custom Dior gown with an attached cape as a tribute to Josephine Baker. Kendall Jenner channeled her inner “My Fair Lady,” her sheer and diamond-studded dress designed by Givenchy. Olivia Rodrigo, who won three VMA awards the night before, donned a black lace catsuit by Saint Laurent inspired by her love of punk rock music.

Lil Nas X paid homage to Lady Gaga’s four-outfit change from the 2019 Gala with his own three, custom outfits. Styled by Versace, the 22-year-old rapper arrived in a regal velvet gold cape with a golden suit of armor underneath. Lil Nas X removed the armor, revealing his final outfit of the night: a black jumpsuit embellished with gold jewels.

Needless to say, the Met Gala did not disappoint in the first half of the exhibition.

Next spring’s gala in May 2022 will launch its second part, the exhibit titled “In America: An Anthology of Fashion.” This exhibit will open to the public on May 5, with both parts of the exhibition to close on Sept. 5, 2022.