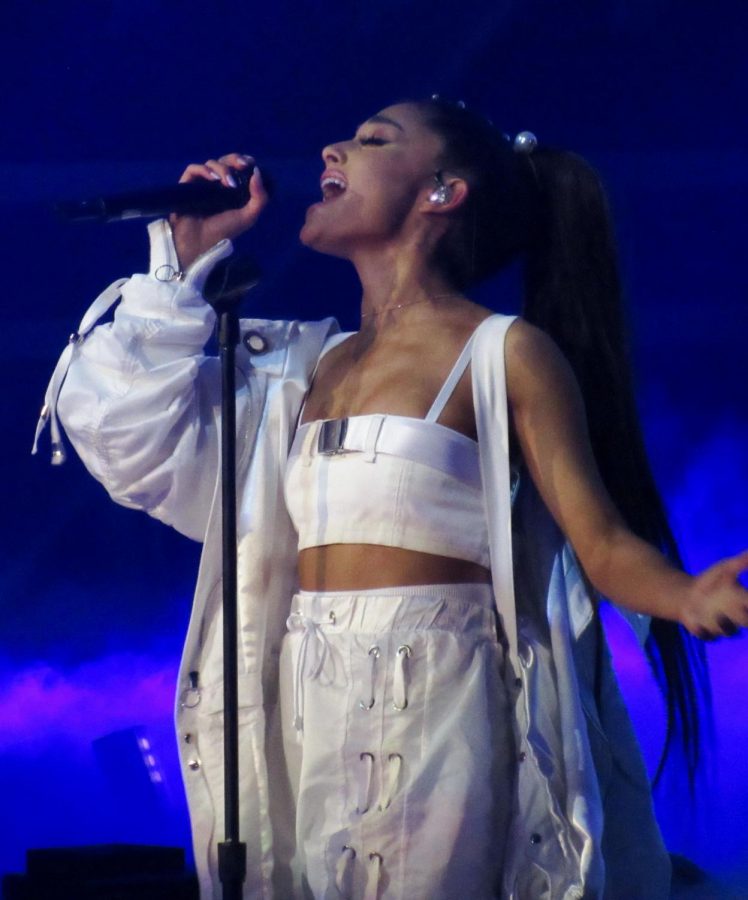 Have you ever wanted to go inside the mind of Ariana Grande? For two days only, lucky fans were able to. On September 26, Spotify tweeted that for one weekend only they would host an exclusive exhibit inspired by Ariana Grande’s latest album, “Sweetener.” The event was held  September 29 and 30 in New York City and featured rooms themed around songs off “Sweetener.” The interactive exhibit’s RSVP list was full in a matter of minutes.

The God Is a Woman room featured the iconic bath bomb-inspired colors seen in the music video. Fans were able to stand against the wall painted to mimic the music video. No Tears Left to Cry featured an upside-down room. This is only fitting, since Grande’s whole theme with this album is upside down. Fans were able to enter a room that gave the illusion it was upside down. The Light is Coming inspired room featured a pink light.

“It was so incredible and so sick. I am so glad I went. You could tell Ariana and Spotify put so much effort into each of the rooms,” said @tearsleftocry on Twitter.

The Raindrops-inspired room, “Reflected its soft, melancholy feel, the room features a floating altar where you can meditate beneath an illuminating cascade of angel tears,” according to Spotify. The Everytime inspired room allowed fans to enjoy a mocktail and snacks.

R.E.M. featured not only big white bean bags, but Grande’s newest fragrance ‘Cloud,’ which came out in stores on September 23. The Blazed room, featured a 360 degree view of a galaxy, giving fans the illusion of being in space. Lyrics in various songs off “Sweetener” allude to Grande’s fascination and love for space and the universe.

“My personal favorites were the R.E.M and Blazed rooms. The R.E.M had the simplicity of bean bags and dreaminess throughout the air and smelled soooo good. It was so comfy and gave you the idea of home. Blazed was also a throwback to the Listening Sessions and made it seem as if you were so high that you were in space,” said @grandethegod on Twitter.

The Breathin inspired room was more calming with white fabric for walls. The Sweetener room looked like a mini pastel pink forest. Spotify describes, “There’s even a mirrored pond in the middle of the room, perfect for reflecting on just what makes life so sweet.”

The Better Off themed room looked like a field or forest with bright green grass and flowers. “This room offers a spot for a much-needed moment of solitude among the crowds,” Spotify said.

Grande shared some behind the scenes photos to her Instagram Story to hype the exhibit. One of the things Grande shared was the Pete Davidson inspired room. The room was Grande’s version of the Love Bridge in Paris. Fans were able to take a locket and write initials down and lock it to the wall. When teasing the room, Grande did one for her and Pete, as well as her Nonna, dog Toulouse, Mom, and Brother.

Get Well Soon featured a row of telephones that when picked up play words of wisdom and advice. Successful was also full of positivity, just like the songs lyrics. Fans could stand up on a podium that said successful and take pictures. The back wall flowed with words: worth, limitless, enough, brilliant, unique, and powerful just to name a few. The Borderline room featured two swings.

The last room in the exhibit, ‘Goodnight n go,’ allowed fans to write a message to Grande. Throughout the weekend Grande posted pictures of what fans wrote in the book.

“The Sweetener Experience was the most amazing experience of my entire life. It was filled with lots of visuals and creativity jumped out of every little section. It was an amazing time & I’d definitely go back a million times again if given the opportunity,” said @grandethegod on Twitter.