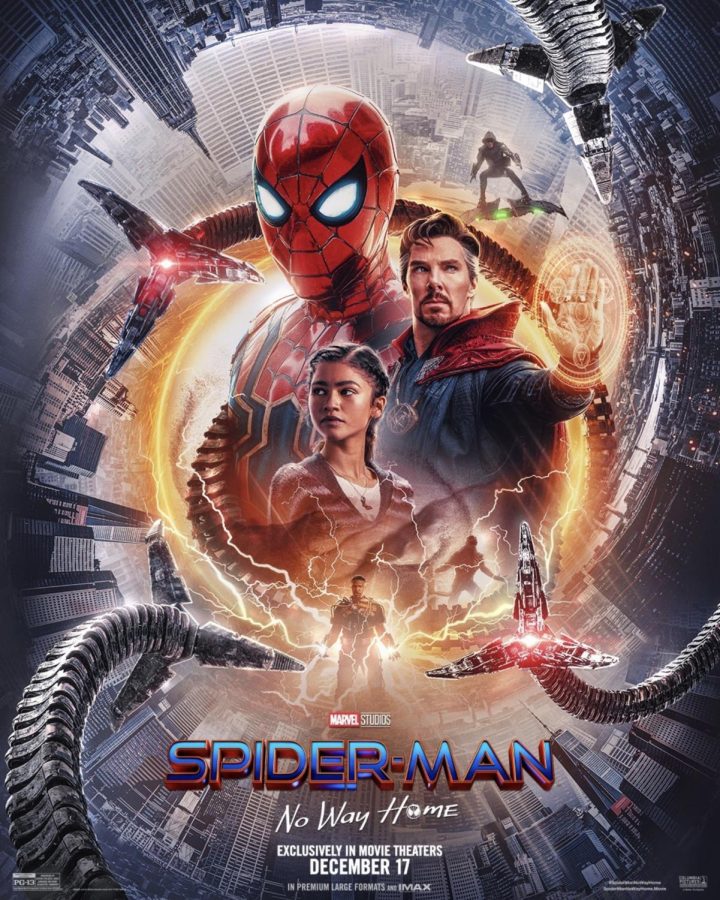 Marvel fans have been anxiously awaiting the next feature release in the MCU, the sequel in the Spider-Man franchise, “Spider-Man: No Way Home,” and they’ll finally get to see it on Dec. 17.
The premise of the movie is that Peter Parker seeks help from Dr. Strange to see if he can erase Peter’s identity as Spider-Man by casting a spell. Peter requests this spell because he is no longer able to differentiate his school and personal life from his professional superhero life.
The movie picks up from where we left off in “Far From Home,” continuing the storyline about Peter’s allegations concerning the murder of Mysterio. It explores different multiverses in the Marvel Cinematic Universe (MCU), each with their own version of the Spider-Man character. This twist creates a copious amount of divergence within the MCU storyline moving forward.
Many fans have claimed that Tobey Maguire, the original Spider-Man, will be returning for a cameo in “No Way Home.” Maguire has been a lead in three Marvel movies, starring as Spider-Man in the original trilogy.
In a recent interview with the press, actor Tom Holland shared some surprising anecdotes about his upcoming film. “What people will be really surprised about is that it’s not fun, this film… it’s dark and it’s sad, and it’s going to be really affecting. You’re going to see characters that you love go through things that you would never wish for them to go through.”
Holland also shared details concerning Peter Parker’s character development throughout the film. “Peter Parker is always someone who’s looking up. He’s always really positive… He’s always like, ‘I can fix this. I can do this.’ Whereas in this film, he feels like he’s met his match…he’s like, ‘I don’t know what to do.’ That was an aspect of the character that I’d never seen before, and I was really, really excited to try to tackle.”

You can watch the trailer for “Spider-Man: No Way Home” on YouTube.