Nearly everyone has heard that catchy jingle, and may hearing it again in time for Spider-Man Homecoming, one of the newest releases from Marvel Studios coming this July. In Spider-Man Homecoming, everyone’s friendly neighborhood spider is the alter ego of Peter Parker (played by Tom Holland) who has now become a bigger scale hero following his involvement in Captain America: Civil War. The film focuses on Peter struggling with being a high school student as well as a superhero, trying his best to impress Tony Stark/Iron Man (played by Robert Downey Jr.) while fighting a disgruntled Adrian Toomes/The Vulture (Michael Keaton of Batman fame) who wants to get revenge against Stark through Spider-Man. The cast includes Zendaya as Michelle, Jacob Batalon as Ned Leeds, Tony Revolori as Flash Thompson, Bokeem Woodbine as Herman Schultz/Shocker, and Marisa Tomei as May Parker.

After two very successful reboots and all the hype of the Marvel Cinematic Universe (MCU) franchise, one question remains – will it live to its hype? While several people are excited, it’s a bit of a mixed bag in some ways.

This version of Spider-Man is a much younger take on the character. Whereas previous actors, Tobey Maguire and Andrew Garfield, were nearing their 30’s playing seniors in high school, Tom Holland is there youngest at 19, four years older than the sophomore version he plays. The younger age has welcomed by several fans for being much more relatable to the younger audience. The youthful trend does have a few complaints in regard to Aunt May Parker, who is portrayed by Marisa Tomei in her fifties, whereas the original Aunt May is much older and occasionally ailing. The studio attempts to justify that it would make sense for a 90-year-old women to be the aunt of a 15-year-old boy. Nonetheless, several people welcome Tomei’s Aunt May with open arms believing that anyone can be Peter’s loving guardian as long as they capture the heart of the role.

Another issue among fans has arguably been the race of the characters. As much as people love Holland’s performance, many were quite miffed that the main character was once again Peter Parker, a white male. This has been keeping with the tradition of white men taking the lead in superhero movies, much to audience members’ dismay. Many were hoping man behind the mask would be Miles Morales, the half-Latino, half-Black Spider-Man who hails from the Ultimate Marvel comic series, and a popular Spider-Man to boot.

The cast, however, is not at all bad in terms of diversity. Many roles traditionally portrayed as Caucasian have been changed out of Marvel’s wishes for a cast that better reflects current times. The characters Flash Thompson, Ned Leeds and Liz Allen have all been changed from white, blond-haired teens to Latino, Filipino-Hawaiian and African-American respectively. Several others have also undergone race changes to reflect what modern day Queens would look like as opposed to how people wanted it to be in the 1960s.

On a high note, there are some who are excited by Holland’s younger take of the character. Many critics welcomed his enthusiastic youth and “adorkable” personality when it came to fighting with the Avengers in Civil War, and amazed with how he nailed the talkative and playful side of Spider-Man. Several people thought that the past performances were missing on one aspect or the other, with Maguire capturing the gentleness of Peter and Garfield perfecting the classic Spider-Man wit. Audience and critics agree that Holland brings the perfect blend and will make the movie all the funnier and emotionally interesting. 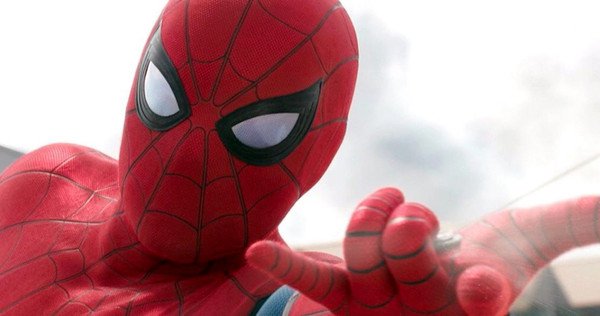 The movie stand out with its genre, shifting focus from a world of legal adults to a much younger census than typical Marvel Studios movies. One of the movie’s genre is Coming-of-Age, reminiscent of a John Hughes classic, and deals with Peter understanding the consequences of being a hero and trying to find his sense of worth. The film brings out the topics of maturity, balance, and proving oneself.

The overall fact that Marvel Studios and SONY could come together is a meta-level highlight of the movie. After Marvel started its successful multi-universe franchise, it began a sort of rivalry with the other companies that owned right over Marvel characters. It didn’t look like there was hope for the Avengers to cross over with other Marvel heroes. But, Sony and Marvel Studios proved that wrong with their negotiations: in return for a portion of the revenue and still holding rights over the character, Spider-Man can appear in all MCU movies and the MCU characters can cross over to the Spider-Man films. There was, and still is, much rejoicing over Spider-Man finally coming home to the greater Marvel Film universe.