Sofia Martinez: How far she’s come and where she’s going 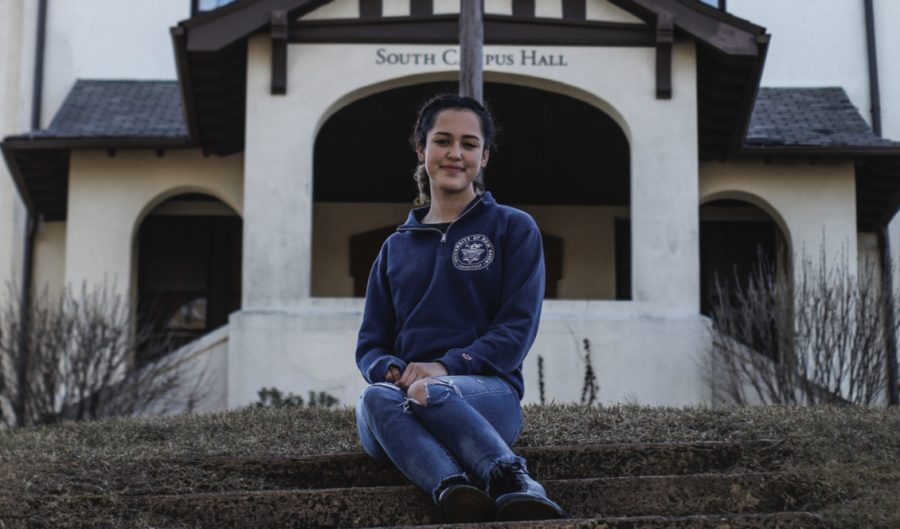 In the fall of her freshman year, now-junior public relations major Sofia Martinez would have never expected to become the Undergraduate Student Government Association (USGA) President. With the 2020-2021 school year coming to a close, she has been reelected for a second term. Martinez shared her story and what she plans to do in her final year of school.

USGA advocates on behalf of students in regard to administration assists registered student organizations (RSOs) with allocating a $1.7 million budget collected from student activity fees and putting on events at the university and providing leadership positions to students.

As president, Martinez oversees all of USGA. She ensures that the organization is doing its job properly and that students are getting the support they need.

“I set the tone, but I’m not, necessarily, the most important person,” said Martinez. “I’m just making sure we all get done what we want to get done.”

Martinez is from Argentina and her family relocated to the U.S. when she was three years old. She lived with her mother and aunt, and in high school, she would work 80-hour weeks to help support her family, which affected her schoolwork.

“I am definitely not the same person I was in high school,” she said, “I was not involved; I barely left with, like, a 2.8 GPA.”

Martinez received a postcard from the University of New Haven promoting its psychology program, and she decided to visit. She said that she fell in love with the school, specifically because of the student interactions.

Martinez said she originally was not interested in getting involved in university programs. However, she decided to attend the First Year Leadership Experience (FLEx) because she wanted to move in early. She soon came to appreciate the program.

“I knew I wanted to be a leader in some way, but I never was given the opportunity to do so,” Martinez said. “[The orientation leaders] didn’t look at you for what you did in high school; they just looked at you for what you could do in that moment.”

Martinez also said she announced that she was bisexual at FLEx to see if she could be open about it in college. She was afraid that she would be judged, but many people were supportive of her.

USGA also came to FLEx, where she learned that she could apply for senate and class executive board. Martinez didn’t know if taking up unpaid leadership positions was worth it, considering she would have to work to pay for the following semester, too. She decided to run for class president and ended up getting the position, also applying for senate.

“I really liked the student leadership aspect of it, of just being there for people when they needed someone,” said Martinez.

Martinez said that when it came down to paying for her junior year fall semester, she was around $9,000 short. She was about to drop out of school, when one day, she went to her friend’s house and her friend’s mother gave her the money she needed, with the stipulation of keeping above a B average.

“I’m still in awe that she paid $9,000 for a kid that she does not know to continue her time in college,” said Martinez. “Somehow, through the kindness of others, I’m still here.”

During her sophomore year, Martinez was elected president and decided that she wanted to redefine USGA. However, many of her plans were thwarted because of the COVID-19 pandemic. Rather than shadowing the previous USGA president, they had to resort to speaking over the phone.

She said that this was both an advantage and disadvantage, as she had to find a balance of preserving what USGA was pre-pandemic and creating new ways to keep the organization going in a new environment.

This year, Martinez said, USGA “changed at its core,” funded $60 thousand into the Chargers Helping Chargers fund, worked with the COVID Task Force about regulations and created ReCharge Days.

“I looked at other terms,” said Martinez, “and they, definitely, didn’t have as many crises as we do, but I think, we’ve been doing as much as we can, which is what is important.”

Martinez said that she wants students to know that the USGA works for students. “When I look at other people, I, honestly, think they have more power than we do because they’re the ones who get to tell us what to do,” she said.

With her second term looming, Martinez hopes to return to in-person meetings (if the COVID-19 pandemic allows it), keep opportunities that the USGA created open, create more programming and involvement with RSOs and give more support to RSOs in a positive way.

“USGA is what you make out of it,” she said. “I like the potential of it because I think it could always be doing better. If you don’t like USGA, there’s still a place for you in it… There’s always room for change and we will give you the space for the change.”