Shows you don’t want to miss this October 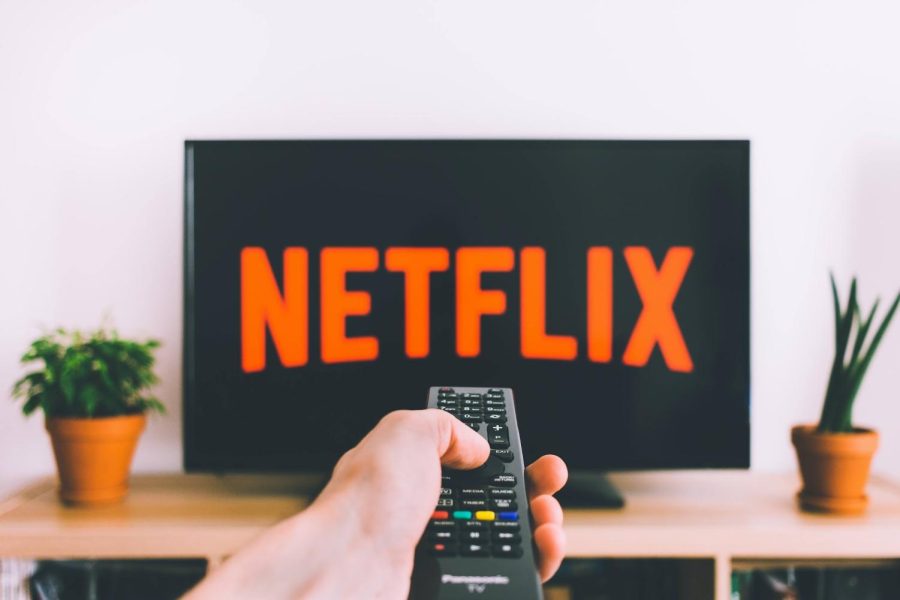 October has just begun, meaning new shows and movies are coming to streaming services available to you. Here are a few shows to check out:

On Jan. 29, Netflix announced the return of its hit coming-of-age show, “On My Block.” This will be the show’s last season with a full 10 episodes. The show’s leads will return, following Ruby (Jason Genao), Jamal (Brett Gray), Monse (Sierra Capri) and Cesar (Diego Tinoco) in their last year of high school. Jessica Marie Garcia and Julio Macias will also reprise their roles as Jasmine and Spooky, respectively.

Peggy Blow, who portrays the fan-favorite Abuelita, has been promoted as a series regular for the finale. Season three ended on a bittersweet note, with the four friends promising that they wouldn’t drift apart. In the season four trailer, we find that our East LA crew has gone their separate ways after a two-year time jump. However, when a secret is unburied, the group quickly learns that you can’t run from the past. Luckily, we won’t have to wait long to see what season four will bring, as the finale premiered on Oct. 4. You can stream current seasons of “On My Block” on Netflix.

You:
Almost two years after the release of season two, our favorite murderer is coming back for a new chapter in his life on the Netflix original series “You.” The third season was announced on Aug. 30 with an ominous teaser trailer of Joe cutting a birthday cake for his newborn son. The teaser trailer ended with not only the reveal for his son’s name (spoiler alert, it’s Henry), but with the announcement that the show would premiere on Oct. 15.
Netflix dropped the official trailer on Sept. 17, which included footage of Joe (Penn Badgley) and Love (Victoria Pedretti) burying a body in the woods while their newborn son coos in his stroller. Season three includes a wave of new cast members including Scott Michael Foster (Crazy Ex-Girlfriend), Dylan Arnold (After), Shalita Grant (Bones) and Scott Speedman (Underworld) and Tati Gabrielle (The Chilling Adventures of Sabrina). You can stream the first two seasons of “You” on Netflix.

Insecure:
Created by co-star Issa Rae and writer/comic Larry Wilmore, “Insecure” will be back for its fifth and final season on Oct. 24. The comedy series began with eight episodes, delving into the love lives of two contemporary Black women, best friends since college Issa (Issa Rae) and Molly (Yvonne Orji) as they struggle to navigate the complexities of their careers and relationships. Season five will span 10 episodes. This season is set to return with more mirror raps, love triangles and awkward moments as we will continue to follow the characters while they evaluate their relationships in an effort to figure out who and what comes with them in this next phase of their lives. You can stream current seasons of “Insecure” on HBO Max.

Just Beyond:
Disney+ is coming out with a new series just in time for the Halloween season. Based on the R.L. Stine graphic novels, “Just Beyond” focuses on multiple journeys of supernatural self-discovery through the worlds of witches, aliens, ghosts and parallel universes. “Just Beyond” will have eight stand-alone episodes, all with different plots and casts. The premiere episode’s cast includes stars such as McKenna Grace (Gifted), Nasim Pedrad (New Girl), Henry Thomas (Haunting of Hill House), Lexi Underwood (Little Fires Everywhere) and Riki Lindhome (Big Bang Theory). The American horror-comedy anthology series is created by Seth Grahame-Smith, author of best-selling novel “Pride and Prejudice and Zombies” and screenwriter of “Dark Shadows” and “The Lego Batman Movie.” You can stream this new series on Disney+ on Oct. 13.

Dopesick:
On Oct. 13, Hulu will air “Dopesick,” a limited series following the creation of OxyContin by Purdue Pharma. The show will highlight how the drug became a commonplace in doctors’ offices along with its long-lasting and devastating effects. The series’ eight episodes will give viewers a compelling look into the epicenter of America’s struggle with opioid addiction, led by an all-star cast who play multiple people that are part of the drug epidemic. The cast includes Michael Keaton (Batman), Will Poulter (Midsommar) and Kaitlyn Dever (Booksmart). Keaton portrays a small-town Virginia doctor, Poulter plays an ambitious medical sales representative and Dever as an unlucky miner. The cast also includes Rosario Dawson (The Mandalorian), Peter Sarsgaard (The Magnificent Seven), Phillipa Soo (Hamilton) and Jake McDorman (Ladybird). You can stream the series when it airs on Hulu.