Should College Be Free? 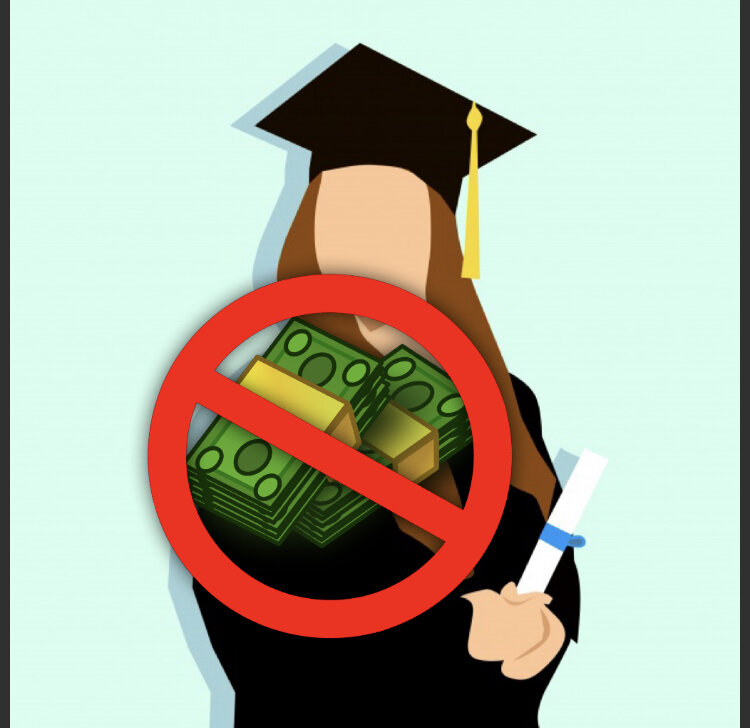 From the moment high school students apply for colleges, they know that they are going to be in debt for a long time. If you are one of the few lucky students who get a full ride or have everything paid for, then you don’t have to worry about loans and figuring out how you’re going to pay back the school. But, for most of the college students, we think about how we’re going to get ourselves out of debt.

As a senior, I ask myself that every day while applying for graduate school, which will bring me into more debt. At the University of New Haven, the cost of  tuition for an average student is around $40,000 per year. In four years, one student could have a debt of $160,000. Let that sink in for a moment.

Colleges give out scholarships to most students, but not every college gives out full rides for students who say they can’t afford to attend their school. Many parents advise their children to go to in-state colleges or universities because they’re cheaper. For example, if you live in New York, going to a State University of New York (SUNY) or a City University of New York (CUNY) just might be cheaper than going to a private institution.

Some teenagers do not have the option to go to college because of how expensive it is, and every year, the prices keep on getting higher. A 2017 poll, sampling people born in and after the 90s, said that 67 percent of the respondents worry that they will not be able to attend college because of the costs. These are teenagers that might have done well in high school, but who don’t apply for colleges because they don’t have enough money, or their families can’t afford it.

“Many of America’s top-performing high school students never apply to the most challenging colleges and universities even though they have the ability to succeed at them. They often come from minority and low-income households and end up pursuing more affordable, less-selective schools instead. And that helps create a widening gap between wealthier families and those that are less affluent,” said an article from Trade Schools.

Comparatively, countries like Norway, Germany, Slovenia, France, Brazil, and Mexico basically have free tuition for public universities and most of their private institutes as well, and students really only have to pay registration fees.

One pro for having free tuition is that the country will have an increase in people getting a college degree. With everyone getting more education, people can get better, high paying jobs.

But, on the other hand, having free tuition could mean students not knowing how to be financially smart. Part of having a student loan is teaching the student about saving money and how to spend money wisely. Without student loans, some students might not have self-control when it will come to spending money. Also, free tuition could mean overpopulated colleges or universities. An article written by Crystal Ayrnes said that students will have to wait longer to access things such as books, classes, and other important essentials for college.

Whether tuition becomes free or not the government should start looking for ways to make colleges more affordable for students. Being in debt right after graduating from a university, and having to look for a job that will help pay off that debt is not something that most college graduates want to think about. Having free tuition will be a dream come true for the upcoming generations, but maybe the first steps should be lowering the costs of public and private universities.