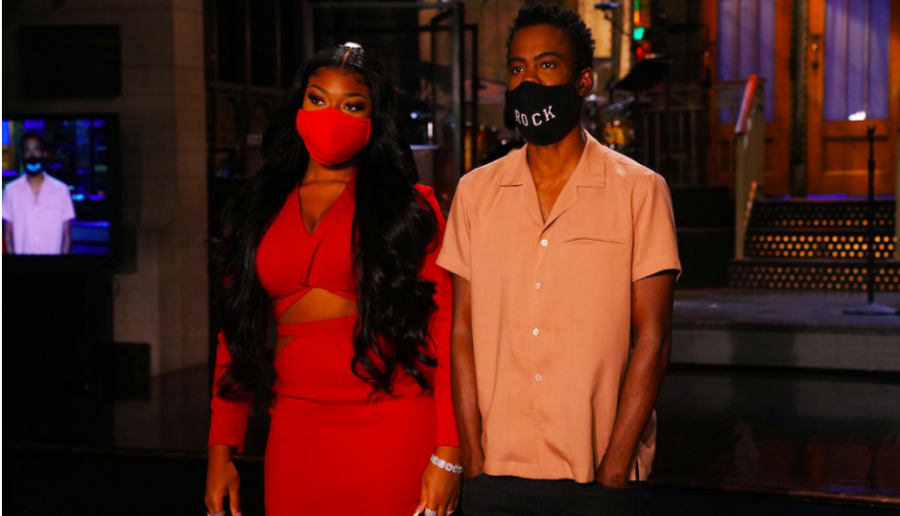 On Oct. 3, NBC’s “Saturday Night Live” returned to television after a long-awaited hiatus. The live sketch-comedy show scored the most-watched season opener, hosted by Chris Rock with musical guest, Megan Thee Stallion. It was the second-most-watched in 12 years, right behind the 2016 opener a month before the last presidential election.

The taping of the show was held in its usual setting in Studio 8H at the 30 Rockefeller Center in New York City, complete with a limited live audience who were considered paid extras to adhere to coronavirus guidelines that shows “must prohibit live audiences unless they consist only of paid employees, cast and crew.”

The show’s cold open began with a re-enactment of the first presidential debate of 2020. Joe Biden was portrayed by comedian Jim Carrey, and Donald Trump was played by actor Alec Baldwin, each taking hits at their respective politicians.

For Chris Rock, COVID took center stage in his monologue jokes, as he touched upon the protocols for the cast and crew in the studio to allow for the show to continue live and in-person.

Hip-hop artist Megan Thee Stallion performed her hit song, “Savage.” Within her performance, she referenced Kentucky Attorney General, Daniel Cameron, responding Tuesday to critics over his handling of the Breonna Taylor case. The performance played an audio clip of social justice activist Tamika Mallory saying Cameron is “no different than the sellout negroes that sold our people into slavery.” The statement was displayed in large white letters behind Megan Thee Stallion before she said, “We need to protect our Black women and love our Black women. ‘Cause at the end of the day, we need our Black women.”

Megan also referenced her own shooting, after publicly accusing rapper Tory Lanez of shooting her in both feet after an argument back in July, she posted photos of her injured feet after she was not initially believed.

After Megan’s “Savage” performance, she hit the stage again with rapper Young Thug to perform the song “Don’t Stop,” to close out the episode.