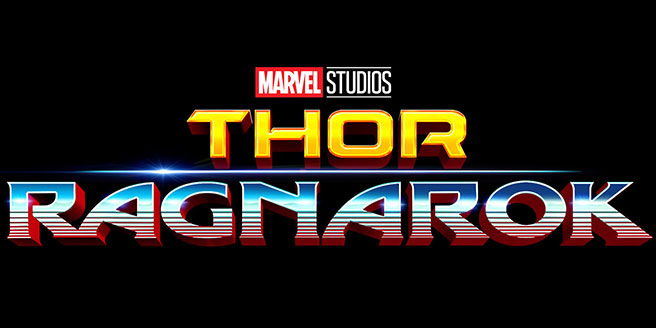 Marvel Studios has built an empire of superhero movie and television shows across several media platforms, most of which have been met with great critical success. The most recent installment, Thor: Ragnarok, is no exception to this pattern.

Thor: Ragnarok is the 17th film installment in the Marvel Cinematic Universe, and the final movie of the Thor trilogy that started back in 2011. The story follows Thor Odinson (played by Chris Hemsworth) after the event of Avengers: Age of Ultron. Thor discovers Hela, the Goddess of Death (brought to life by Cate Blanchett), has escaped from her prison of Hel and intends to rule Asgard. This leads to Thor’s exile to the scrap world of Sakaar, run by the Grandmaster (Jeff Goldblum) who puts Thor in gladiator fights for entertainment. To stop Hela and the incoming apocalyptic Ragnarök, Thor teams up with his trickster brother Loki (Tom Hiddleston), former Valkyrie knight Scrapper 142 (Tess Thompson) and Bruce Banner/Hulk (reprised by Mark Ruffalo) who was somehow flung into space after the last Avengers film.

Thor: Ragnarok stands out as not only the final Thor film of the MCU trilogy, but also be being so experimental and different from the last films that it ingeniously works in the best way possible.

The genre shift was the most surprising and intriguing part of the film. Director Taika Waititi is known primarily for his comedy films and brought that over to a film about fantasy and mythology. The more electrifying and zany environment is akin to Guardians of the Galaxy, but still remains true to the myths of Asgardians and the Norse Mythology surrounding it. The movie also mixes in details from the well-known “Planet Hulk,” an inclusion that allows fans of the character who felt that he has been underused in the franchise. The atmosphere is an insane twist on the Thor franchise after two heavily earth based films, but it’s this twist that embraces the zaniness of Thor’s mythological realm, and focuses more on the Cosmic side of the MCU that has been missing for a while.

For all the zaniness it has, the movie still has a great story. The story takes Thor all over the galaxy, and losing Mjolnir allows the God of Thunder to do some soul searching and prove his worth as a god and a future King of Asgard. Bruce Banner struggles with the fear of losing his humanity to the mind of the Incredible Hulk, and if that sacrifice is one her is willing to pay. Valkyrie deals with losing something dear to her past, and Thor’s father Odin comes to terms with a mistake he made several years ago, one that directly influenced Hela to be the powerful, destructive war-monger she is now.

The film never fails to show impressive fights that triumph over the ones of the previous films. From Hela’s invasion of Asgard, to the gladiator match a Sakaar between Thor and Hulk, to the final fight seconding the fate of the Nine Realms. All the cast members burn with a fire of intensity when they travel out on the battlefield, and never once fail to captivate all those who watch them duke it out on the big screen.

Following the line of the first four Phase 3 MCU films, the acting is top notch and gives more room for all actors to shine through. Thor takes center stage with boisterous wonder and seriousness, and is for once the absolute protagonist of the main story line after previous films focused more on the stories of other major characters weaving into his. Chris Hemsworth brought out Thor at his absolute best this time around, and was not the only one to make his character shine. Tom Hiddleston’s Loki May not have gotten as much screen time as the last two films, but that doesn’t stop his mischievous and sarcastic personality from winning audiences over, and fan favorite Heimdall/Idris Elba has a greater focus and character development than before.

Mark Ruffalo shows that Banner is willing to try the crazier side of life with him being rocketed into space as a fighter, but also brings out internal fear that he may never be the same again after Hulking-out one too many times. Secondary the Grandmaster is brought to life by the enigmatic Goldblum, who creates a mysterious atmosphere that showcases his intellect and arrogance as he forces people to fight for entertainment and chance.

While the men deliver top notch performances, it’s the women who truly spice things up. Thor: Ragnarok is the first MCU movie whose main antagonist is a female and not a secondary villain, and no antagonist has been more ruthless, powerful and terrifying as Cate Blanchett’s Hela.

Many people will find themselves rooting for her over Thor, as her character continues Marvel’s new trend of creating more rounded villains with hidden depths. Tessa Thompson’s Valkyrie has become a huge success with the audience; she shows off her rowdy action side while hiding great amounts of guilt and sorrow, and her scenes are never without exhilarating action.

Thor: Ragnarok is a complete 180 from the lukewarm reception of the previous Thor films. With a brilliant story, surprisingly fun genre change, and outstanding performances, the MCU’s 17th feature film is a feast for the eyes.