Return of the Rap God 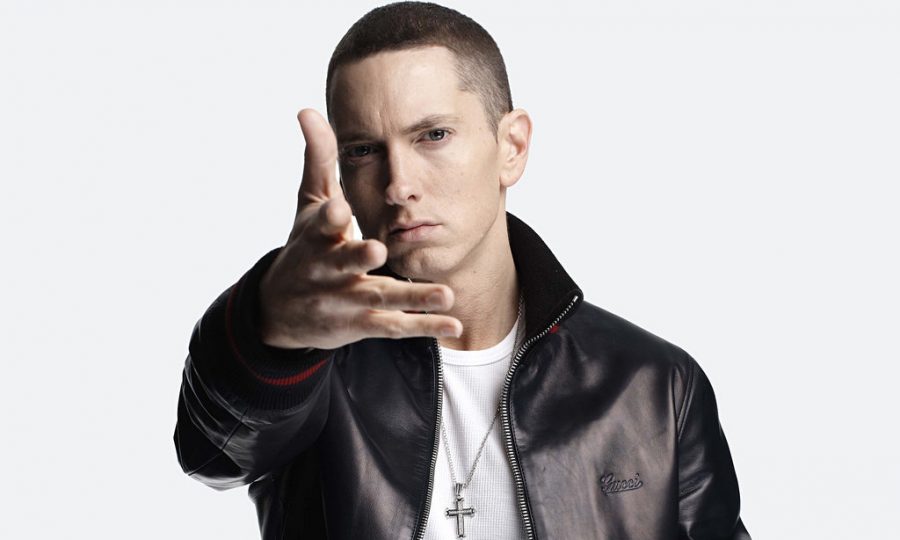 On Aug. 31 Eminem released his tenth studio album, “Kamikaze” without announcements or promotion. The songs off the album express anger,not only at the criticism he faced from his previous album “Revival,” but at the general state of the rap industry. In“The Ringer,” “Fall,” and “Not Alike” Eminem is insulting an onslaught of hip-hop artists from “mumble rappers” such as Lil Pump and Lil Xan to well-known artists like Drake, Charlamagne tha God, and Machine Gun Kelly.

In a line from “The Ringer,”Mathers calls out these rappers and thei r stylesays “Lil Pump, Lil Xan imitate Lil Wayne/I should aim at everybody in the game, pick a name/I’m fed up with being humble/And rumor is I’m hungry/I’m sure you heard bumblings/I heard you wanna rumble like an empty stomach/I heard your mumbling but it’s jumbled in mumbo-jumbo, .” he said.

Eminem is historically not a fan of mumble rap, in part because no one can understand what the lyrics to these songs are due to mumbling.

In the song “Not Alike,” Eminem gets personal with rapper Machine Gun Kelly (MGK). In the past MGK has been a fan of Eminem and saw him as an inspiration, but recently they havecome at odds because of a comment MGK made about Mathers’ daughter Hailie. “But next time you don’t gotta use Tech N9ne if you wanna come at me with a submachine gun/And I’m talking to you but you already know who the f*** you are, Kelly/I don’t use sublims and sure as f*** don’t sneak diss/But keep commenting on my daughter Hailie.”

Sure enough, three days later, MGK responded to Eminem with his own diss track called “Rap Devil,” in which he took shots at Mathers’ age and called him a bully.

While “Kamikaze” may be raising the stakes between artists mentioned, the album has been an overwhelming commercial success with Eminem’s fans. Mathers’ most recent studio album is on its way to reaching the number 1 spot on the Billboard 200 chart. According to Illadaproducer, who worked on four of the songs, this album is the return of Eminem’s alter ego, Slim Shady. Some agreee with MGK that Eminem is a bully trying to make himself relevant by blaming others for his shortcomings within  an industry that is starting to leave him behind. Eminem’s full return, whether good or bad, now rests on the reception of “Kamikaze” in the coming months and how he responds to it.