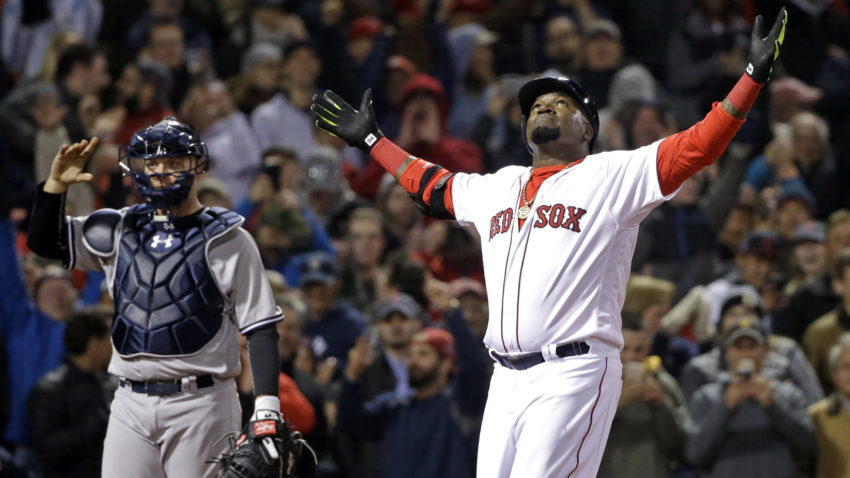 Major League Baseball’s regular season is coming to a close and for twenty of the league’s thirty teams that means five months without baseball. However, the Boston Red Sox and New York Mets were both able to extend their seasons into October.

The Red Sox have been in position to make the playoffs for a while, but they officially clinched the American League East on Wednesday despite a loss to the New York Yankees. At time of writing, the American League playoff seeding has been set. With the second best record in the league, the Red Sox will face off against the Cleveland Indians in the first round. The two teams will play in a best of five series, but home field advantage will be decided on the final day of the regular season.

Boston is heading to the playoffs for the first time since 2013, where they won the AL East and went on to win the World Series over the St. Louis Cardinals. This year it is likely their path to the World Series will go through the Texas Rangers, the American League’s top team. Other possible opponents include two division rivals, as the Baltimore Orioles and Toronto Blue Jays qualified for the wildcard spots.

The Mets took a different path to the postseason, and a few months ago their playoff hopes were in serious doubt. But, New York surged at just the right time, being propelled into contention with strong August and September records. In Citizens Bank Park, home of the rival Philadelphia Phillies, the Mets officially clinched the top wildcard spot in the National League. They barely edged out the Cardinals and San Francisco Giants, but a 7-3 stretch in the final weeks allowed the Mets to get enough cushion to clinch the spot before the final day of the season.

For only the second time in franchise history, the Mets are headed to the playoffs in consecutive years. Last year, New York won the National League East, swept the 97-win Chicago Cubs, and advanced to the World Series to face the Kansas City Royals. After losing two dramatic games in Kansas City, the Mets won the first World Series game in Citi Field history and trailed only 2-1 in the series. Unfortunately their magical run ended there, as although games four and five were painstakingly close, the Royals won both and won the series 4-1.

The Mets hope their experience and growth since last year will allow them to take the next step and bring a World Series trophy to Flushing. First the Mets must pass the scariest test in baseball; the Wildcard game. Fortunately, the Mets are guaranteed home field advantage, where they have the best winning percentage of a non-division winning team. Whether their opponent is the Cardinals or Giants, it is a little unsettling for fans to watch as just one game could negate the product of the other 162.

With both the Mets and Red Sox playing on into October, baseball is sure to stay in the forefront of Connecticut sports just a little longer. Both teams have the rosters and talent to go deep in the playoffs, and it will be interesting to see which team goes further. Maybe they will even meet in the World Series, in a rematch of the 1986 Series, where the Mets won in seven games.