The Charger Bulletin • May 1, 2018 • https://chargerbulletin.com/post-malone-dropping-new-album-later-this-month/ 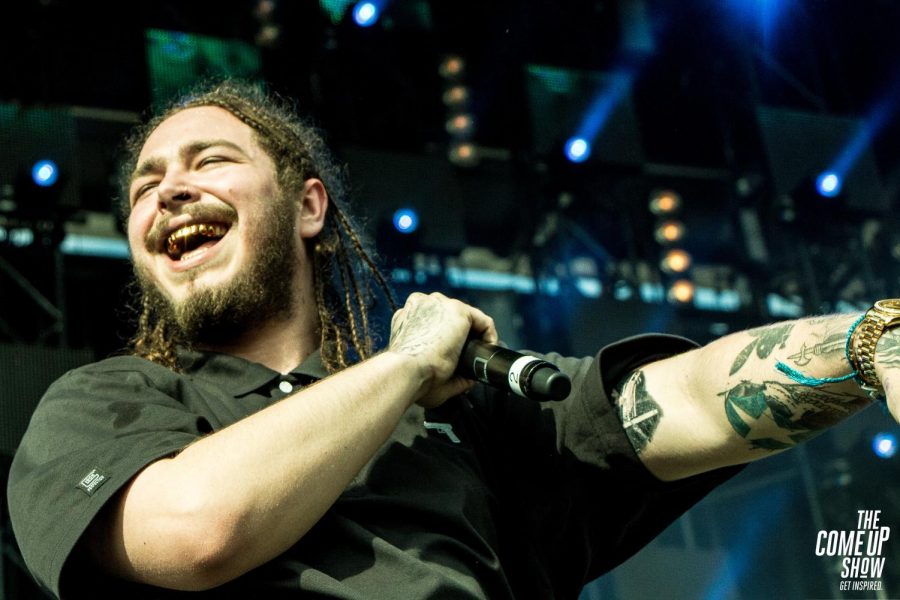 Austin Richard Post, better known as Post Malone, is a 22-year-old hip-hop/R&B artist from New York. In July of 2015, Post released “White Iverson” and a month later he was signed to Republic Records. Since then, he has collaborated with multiple artists such as 21 Savage, 50 Cent, and Kanye West.

On December 9, 2016 Post Malone released his first album Stoney which featured his song “Congratulations” which made it to the number eight spot in the Billboard Hot 100. Stoney eventually went on to be certified double platinum by the Recording Industry Association of America (RIAA). Despite the album’s success, Post still believed that the album was “mediocre”.

In February of 2017, Post announced that he was working on his second album Beerbongs and Bentleys. In September, he released his first single for the album “Rockstar” which featured 21 Savage. The song help the number one spot on the Billboard Hot 100 for eight consecutive weeks, leading to Rolling Stone calling Post “one of the most popular musicians in the country.”

Beerbongs and Bentleys (B&B)  was originally meant to release in December, but the month came and went and the album was still not released. At the beginning of the month (April), Post announced that the album would finally release on April 27, 2018 which is now only a week away.

Between its announcement and release, Post Malone has released more singles that will be featured on the album. On April 5th, Post debuted a third single for the album, “Stay” as part of Bud Light’s Dive Bar Tour which sees him mourning a past love.

Post Malone has previously stated that his sophomore album would be longer than Stoney, which had a tracklist of eighteen songs. B&B’s tracklist is made up of singles “Rockstar” featuring 21 Savage, “Candy Paint”, “Psycho” featuring Ty Dolla $ign, and “Stay”. Post also revealed other information regarding B&B a list of other artists who will be featured such as Nicki Minaj, G-Eazy, and Swae Lee.