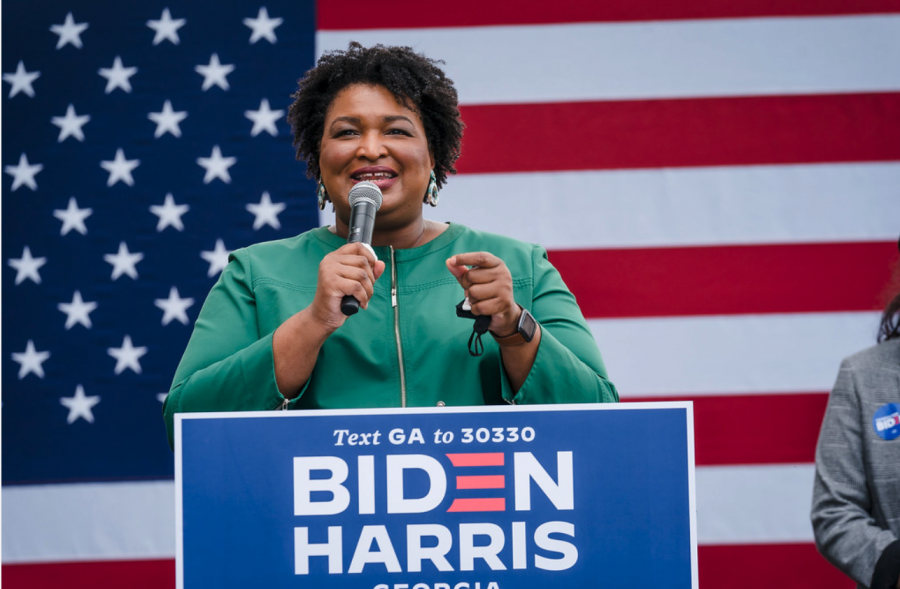 For nearly 30 years, Georgia has been a red state, since Bill Clinton won it in 1992. So it was shocking to many that in the 2020 election, the state — even by a small majority — voted for Joe Biden. However, this turn of events isn’t an anomaly; it is largely attributable to the work and activism of the politician, author and activist Stacey Abrams.

Working tirelessly for years, Abrams registered hundreds of thousands of voters for the 2020 election and the 2021 runoff elections — particularly Black voters who have historically faced voter suppression. She has done this by raising millions of dollars through her nonprofit organization Fair Fight, and by raising awareness about politics in Georgia.

As an advocate for election reform, Abrams has long been involved in politics, with 11 years in the Georgia House of Representatives and seven as the Democratic leader. She also ran for governor of Georgia in 2018 and lost narrowly to her Republican opponent Brian Kemp.

Recently, Abrams was nominated for the Nobel Peace Prize for her voting rights activism in the 2020 election. Credited for boosting Democrats in Georgia and fighting for voting rights, Abrams’ nomination is warranted for her consistent work to protect democracy.

Abrams’ work over the past decade to flip Georgia is an incredible act in its own respect. Because of gerrymandering, strict voting laws and other modes of voter suppression, Abrams’ work is both spectacular and staggeringly fragile. In an interview with Rebecca Traister from The Cut, Abrams acknowledged that “it can be undone just as quickly and as effectively as we did it.”

Collectively, we can learn from this. Voter suppression is real and disproportionately impacts marginalized communities. Abrams’ work, through both Fair Fight and the New Georgia Project, is necessary because of deeply rooted voter suppression tactics. More recently, this has been seen in the Georgia runoff elections, in which 198,000 voters in Georgia were purged from voter rolls.

This issue isn’t new, nor will it stop anytime soon, despite Abrams’ work. Voter suppression will manifest itself in every facet of society, with gerrymandering actively giving an unfair advantage to particular parties, and strict voter identification laws restricting the voting access of many voters.

While Abrams’ work in Georgia is honorable, and her nomination for a Nobel Peace Prize is well-deserved, the responsibility to fight against voter suppression rests on the shoulders of all of us. Abrams’ work must be celebrated, but we need to keep fighting against unfair voting laws so that her work won’t be torn down just as quickly as it was built up.